REGINA -- Two years ago, Sierra Antosh, 9, was diagnosed with Type 1 Diabetes. Now, she’s selling chocolates to help others with the same disease.

Sierra said it all started with a single silicon mould.

“So I washed that out and we had dark chocolate chips so I melted that and froze it,” the young chocolatier explained.

It didn’t take long after that before word started to get out to family and friends. More than 400 chocolates later, there are several more smaller moulds in play for Sierra to make new shapes with including pineapples, gingerbread men and more. 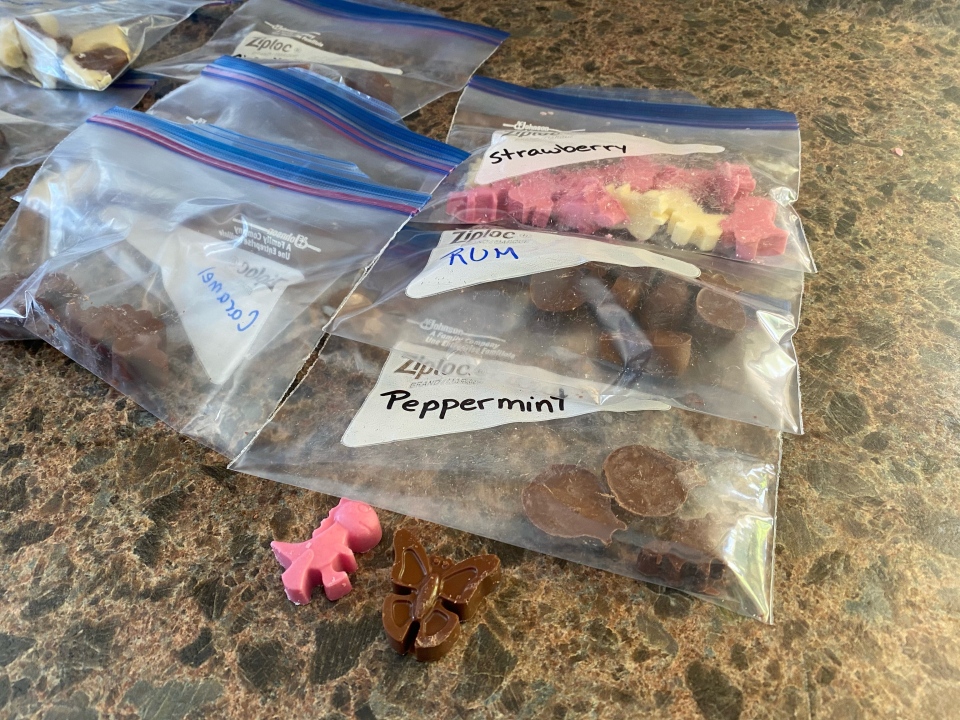 Once set in place and shaped the chocolates are put into bags for sale, with a portion of the proceeds going to Diabetes Canada to help create awareness and fund equipment like insulin pumps.

“So other kids like me can get a pump or a cure,” Sierra said.

The latest batch of sweets created Sunday features Rice Krispies inside, but there’s plenty of other options including strawberry and one flavour with white chocolate and chili peppers.

Sierra says it’s the caramel-filled type she likes making the most.

“It’s one of the harder ones to make, but it was one of the first ones I actually made so it’s special to me,” Sierra said.

“We’re getting orders for two to three dozen at a time from folks in Fort Qu’Appelle, from people inside the city and some are going to Australia we’re told,” Shaun said. “So she’s getting a fanbase.”

Sierra is selling her chocolates through her mom’s Facebook page and the family said they’re gearing up for a round of Easter chocolates.

“Then after Easter’s over, we’ll re-evaluate and give her some time to be a kid,” Shaun said.

In the meantime though, the chocolate factory is running at full power.