REGINA -- The Mayfair Apartments, a Municipal Heritage building in Regina’s Cathedral neighbourhood, has been restored after a fire in 2016 left it vacant for several years.

The building was constructed in 1929, to house an influx of people moving to Regina to work in the General Motors Plant.

“A lot of these buildings, the Frontenac and the Mayfair, were purpose-built buildings for the executives and the workers,” Jackie Schmidt, the president of Heritage Regina said.

A fire in 2016 left the building empty for several years, furthering the need for many renovations.

Nicor Properties bought the Mayfair in 2018, and started the two-year, $2 million process of restoring it.

“It was vacant, so a building that hadn’t been lived in and had no life for a few years,” Dan Torrie, the CEO of Nicor Properties, said. “I think the heat was on in the winter time, but [in] disrepair.”

Some aspects of the building are new - like the electrical, appliances and Sasktel Infinite upgrades. But a lot of the building has been refurbished to look like it did in the 1920’s, including the mouldings, stonework, flooring and mail-slots. 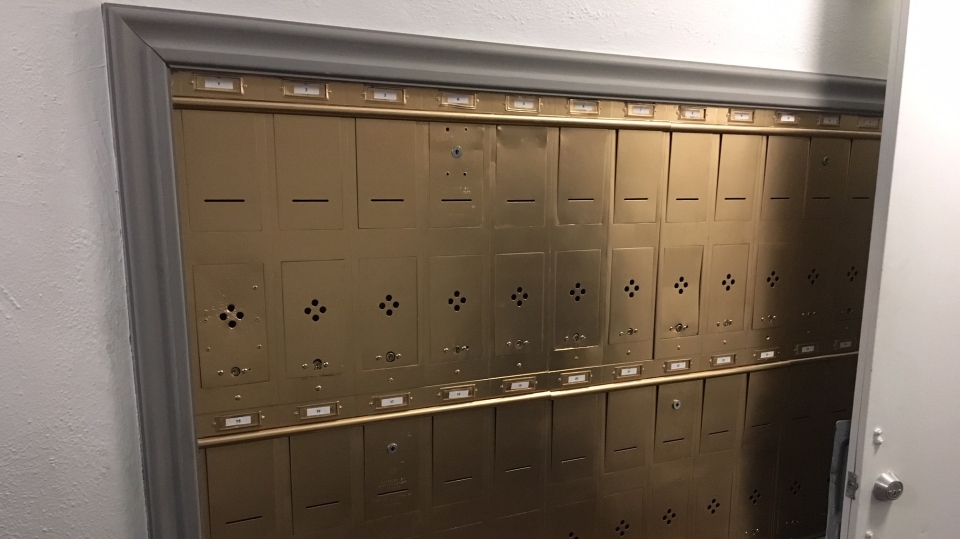 “This building has little milk chutes in the hallways,” Schmidt said. “The milkman came here in his horse-drawn wagon and he would drop off milk into a little cubby, and then the apartment renters would open their interior door and get their milk delivered fresh every morning.”

Schmidt said the historic touches give a glimpse into the lives of those who once lived here.

“Cathedral is one of the oldest heritage neighborhoods in the city of Regina and this building is really good at telling that story,” Schmidt said.

“It’s a project for our company to work on and be proud of and be part of,” said Torrie. “And the community gets enhanced through investment and life, life to a building that was vacant.”