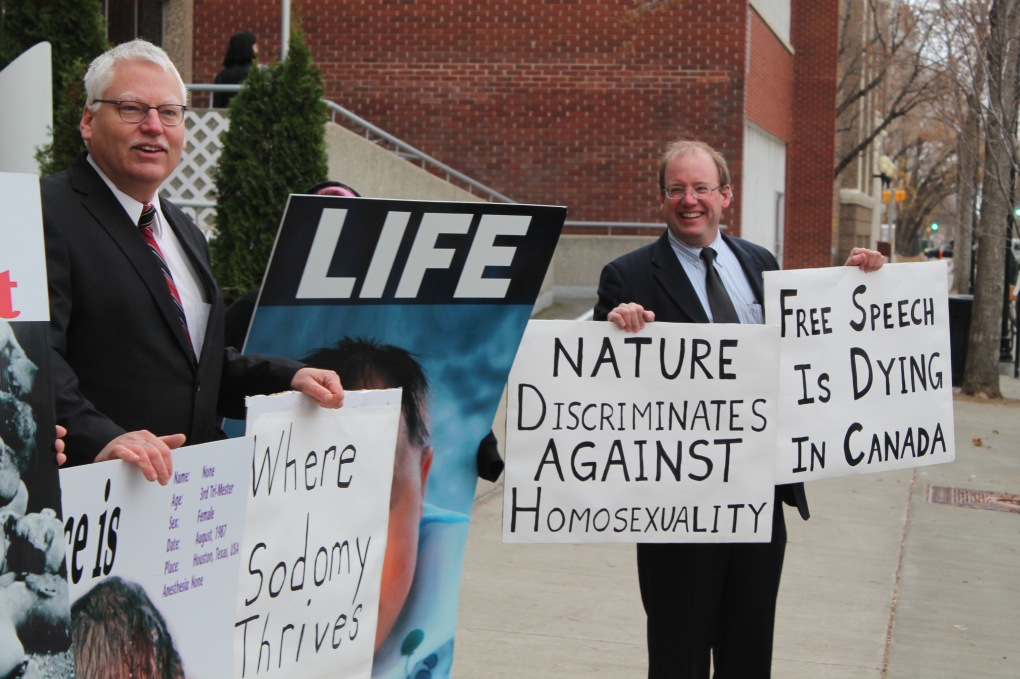 Anti-gay activists Bill Whatcott and Peter LaBarbera demonstrate outside the Regina provincial courthouse ahead of the start of their trial on mischief charges on Oct. 30, 2014.

A judge has reserved her verdict in the trial for two anti-gay activists charged with mischief following an incident at the University of Regina.

Peter LaBarbera and Bill Whatcott staged a small demonstration outside the Regina provincial courthouse just before the trial began Thursday.

The two men and a few supporters held signs emblazoned with anti-homosexual and anti-abortion messages.

The trial heard testimony from security and police who dealt with LaBarbera and Whatcott during a similar demonstration on the University of Regina campus in April.

The two men were arrested by police when they both stayed on campus after security asked them to leave several times.

University of Regina Provost and vice-president Thomas Chase testified that the materials the two men displayed were discriminatory and violated the institution’s “respectful workplace” policy.

Judge Marylynne Beaton has reserved her verdict until Dec. 22.