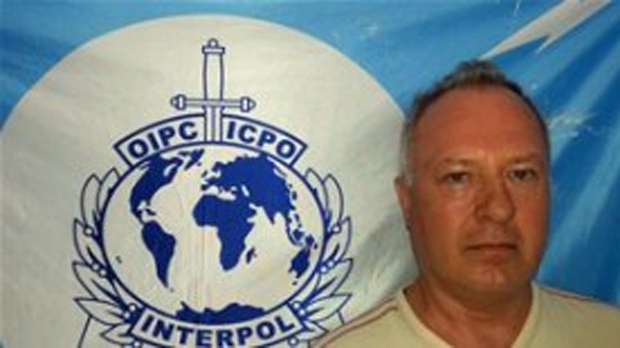 Richard Dale Johnston is seen in this undated photo.

A Regina man arrested Monday in the Dominican Republic is back in Saskatchewan to face theft and fraud charges.

“This is an example of how just one piece of information can bring charges in a file that goes back many years,” RCMP Insp. Trudy Bangloy said in a media release.

Johnston was charged last April with fraud over $5,000, theft over $5,000 and laundering the proceeds of crime.

The alleged incidents occurred in Saskatchewan between October 2006 and September 2007, and RCMP began investigating the case in January 2013.

Interpol issued a red notice — a notice to seek the location and arrest of a wanted person with a view to extradition — last month, and on Monday, Johnston was arrested in the Dominican Republic. He was deported to Toronto before he was extradited to Regina on Thursday.

“Extensive work by RCMP investigators and cooperation and partnership with Interpol authorities in the Dominican Republic has led to the successful deportation and extradition of this individual to face charges in the country where the incident took place,” said Bangloy.

Johnston is set to appear in Regina provincial court Friday.