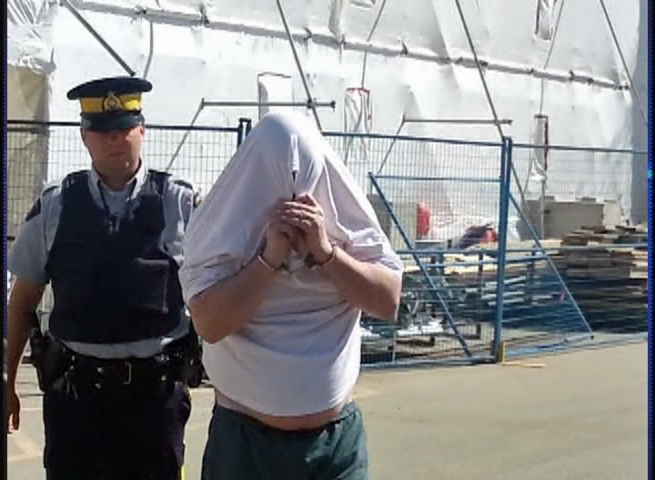 Gavin Waffle hides his face as he is escorted from Court of Queen's Bench in Regina on Wednesday.

A Regina man has been sentenced to a further 8 1/2 months in prison after he pleaded guilty to invitation to sexual touching involving an eight-year-old girl.

Gavin Waffle was charged after he put the girl’s hand on his penis while she was sleeping over with his daughter at their home in April 2012.

Court heard the 49-year-old has a lengthy criminal history with 35 convictions, including one for sexual assault.

At Waffle’s sentencing on Wednesday, Justice Ellen Gunn gave him 1.2-to-one credit for the 13 months he had already spent in custody.