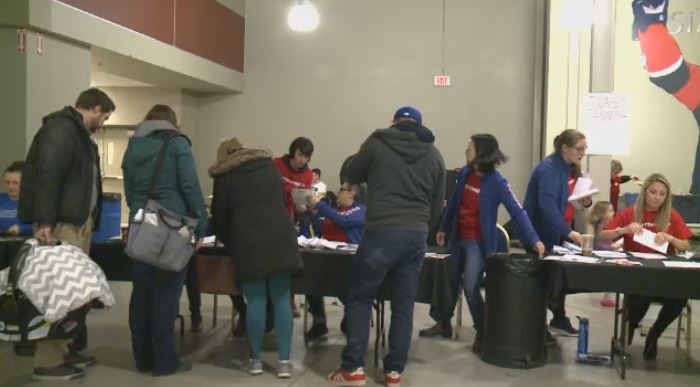 A crowd gathers to have a cheek swab taken at a One Match bone marrow drive on Feb. 24, 2018

A One Match drive held in Regina in February has set a world record for the number of swabs collected in one event.

The drive was collecting samples of potential bone marrow donors.

There were more than 2,900 cheek swabs collected in-person at the drive on Feb. 24. On Wednesday, the FAv Foundation, which hosted the drive, posted on Facebook that it collected 3,010 swabs in total.

The drive was working to find a match for Vonn Chorneyko, an eight-year-old Regina boy who has Fanconi anemia. It will take eight weeks to determine if the drive successfully found a match for Chorneyko.

The foundation said it has contacted Guinness World Records to make the total official.

There will be another drive for potential donors during the Brier on Wednesday and Thursday.