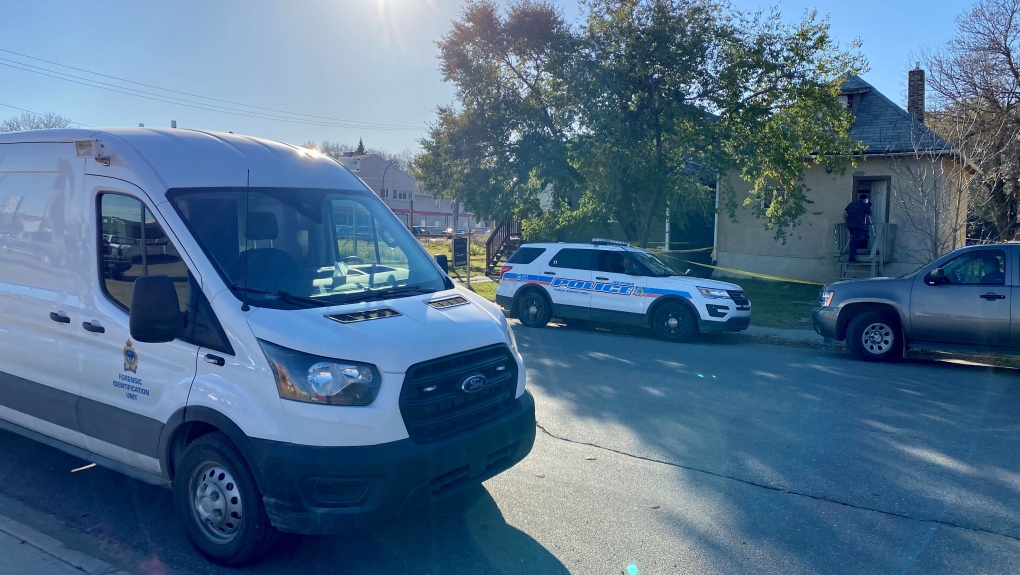 Police are investigating after a man was found dead in a home in the 1000 block of Angus Street. (Gareth Dillistone/CTV News)
REGINA -

The Regina Police Service has started an investigation after a man was found dead in the North Central neighbourhood Monday afternoon.

According to a statement from police, officers were sent to the 1000 block of Angus Street just before 2 p.m. after a report that a man’s body had been found in a house. Police said officers confirmed the man was deceased and requested a coroner.

RPS said it is not releasing additional details to the public at this time. Anyone with additional information is asked to call the Regina Police Service or Crime Stoppers.