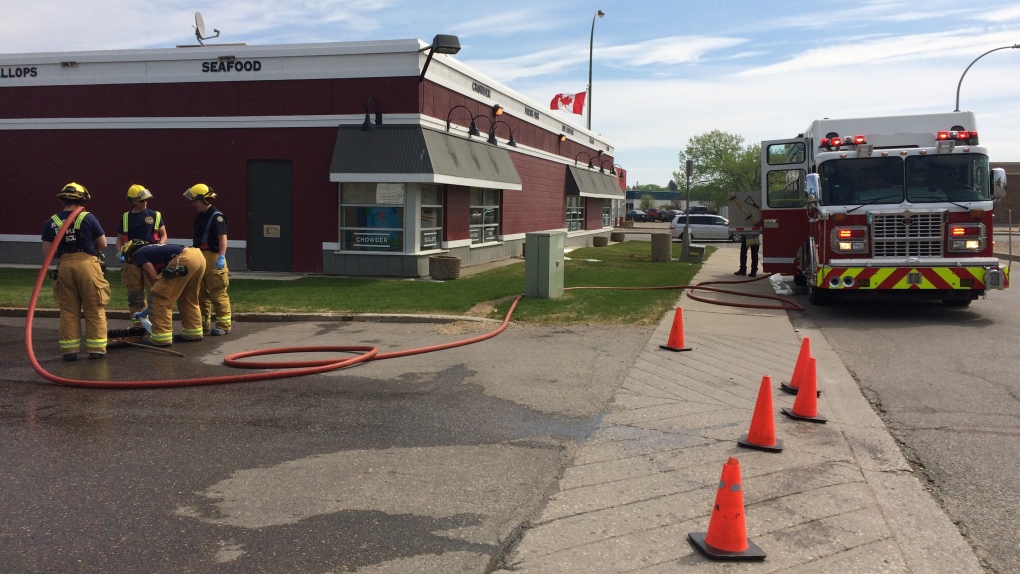 Regina fire crews clean a scene on the 900 block of Albert Street on Saturday, May 20, 2017. A 19-year-old man found injured hours earlier, just before 2:30 a.m., at the scene later died in hospital. (Taylor Rattray/CTV Regina)

Major crimes police, forensic identification officers and a coroner are investigating after the death of a 19-year-old man in Regina.

Police and paramedics found the man injured on the 900 block of Albert Street shortly before 2:30 a.m. Saturday, after emergency crews were called to the block.

The man was taken to hospital but later pronounced dead.

No other details have been released, but Regina police say the officers who initially responded to the scene requested the forensic identification and major crimes units, as well as the coroner’s office.

Investigators are still working to clarify the circumstances of the death, Regina police say.