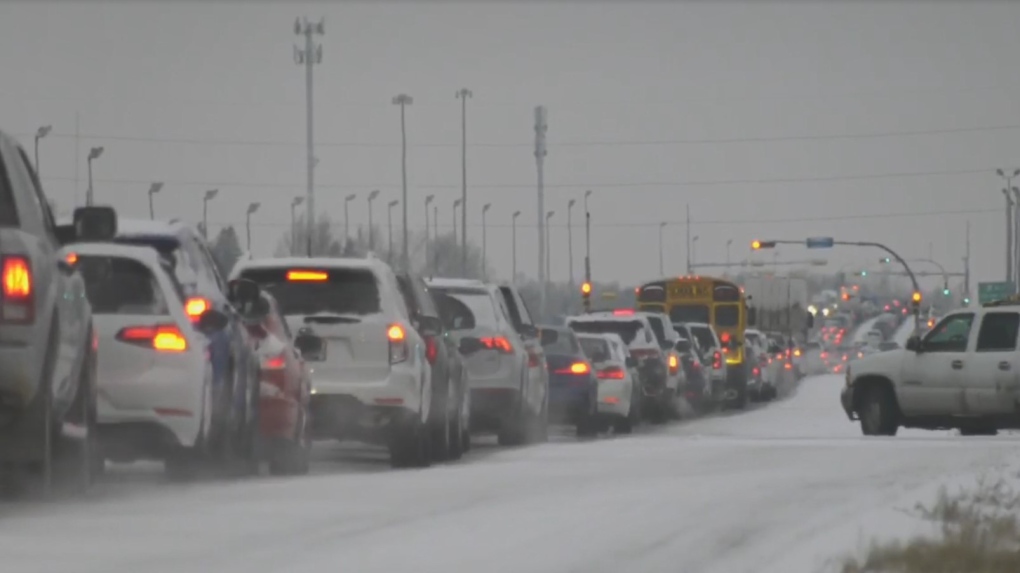 Mayor Michael Fougere said the city sent out four sanders at 4 a.m. on Tuesday, adding this was an earlier-than-normal snowfall.

Regina police were also attending to collisions this morning during the snowy conditions.

Of the 19 collisions, there were two crashes that resulted in injuries. The other 17 crashes resulted in property damage only.