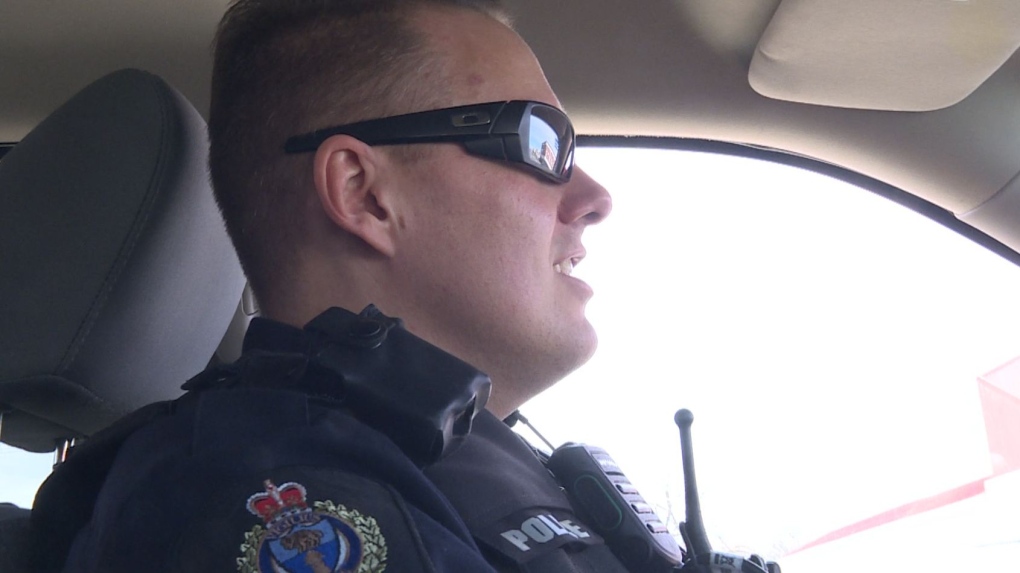 REGINA -- A Regina police officer is warning the public not to approach a dangerous person who nearly hit him while fleeing a traffic stop.

Cst. Mike ‘Hawkeye’ Seel took to Twitter on Monday to share that he was “almost pinned” between two cars when a driver took off from a stop.

The suspect was last seen travelling north bound near Broad Street and First Avenue North in a 1999 GMC Sierra. The driver was a woman wearing sunglasses with curly long black hair.

Just had a vehicle take off and almost pinned me between it and the vehicle beside it. Last seen n/b Broad/1st Ave N. Grey 1999 GMC Sierra. Female driver, sunglasses, long curly black hair. Female front passenger. Please call 777-6500 if located. Do not approach. @reginapolice