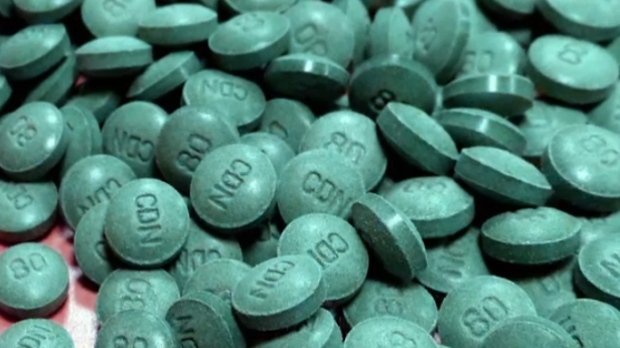 Regina police are reminding the public about the dangers of fentanyl after heroin seized during a recent drug bust was found to contain the deadly opioid.

Three 19-year-old men, all from Regina, were charged after police seized five ounces of heroin, as well as cocaine, in the Jan. 5 bust.

Health Canada analyzed the seized heroin and confirmed it contained fentanyl. That has prompted a public warning about the dangers of drug use from police, who say just two milligrams of fentanyl is enough to kill an adult.

The prescription opioid painkiller is 100 times more powerful than heroin. There were 22 overdose deaths linked to fentanyl in Saskatchewan last year alone.

Signs of a fentanyl overdose include weak breathing, drowsiness, cold/clammy skin, pinpoint pupils, collapse and coma. Police say anyone who sees someone with those symptoms should call 911 immediately.