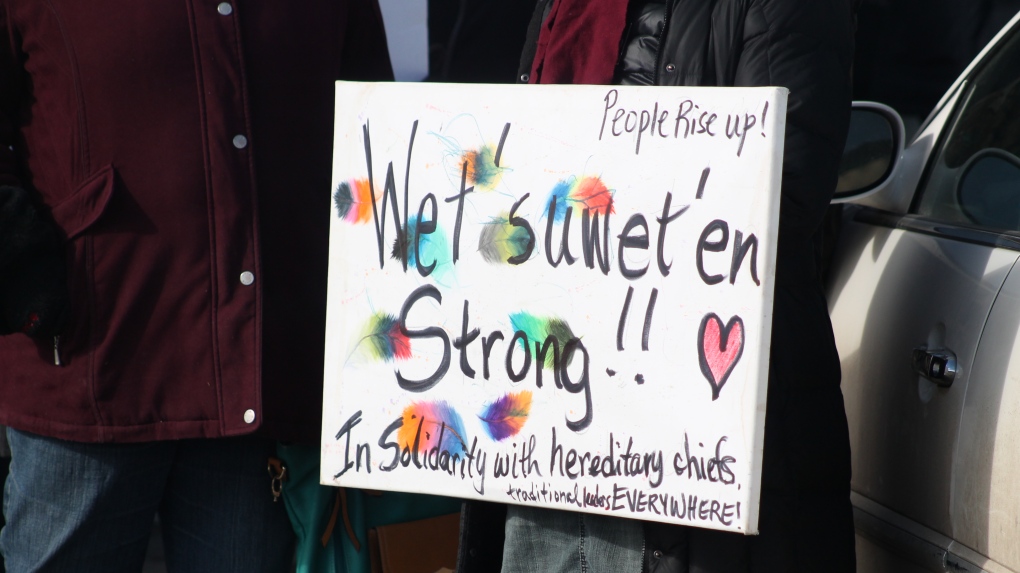 Demonstrators gathered in front of Andrew Scheers constituency office in Regina to protest his comments about the rail blockades. (Brendan Ellis/CTV News)

REGINA -- A group of around 25 protesters gathered in front of Andrew Scheer’s constituency office in Regina, to voice their displeasure about his comments on the protests blocking rail lines across Canada.

Protesters across the country are showing their support for the Wet'suwet'en Hereditary Chiefs, in their fight against the Coastal GasLink pipeline on their lands in northern British Columbia.

These blockades have shut down major railways across Canada.

CTV News reached out to Andrew Scheer for comment about Saturday’s demonstration, and in a statement he doubled down on his stance on the nationwide demonstrations and blockades. Prosper says while the protest was focused on supporting the Wet'suwet'en Hereditary Chiefs and their battle for their land, there are deeper issues at play in this conflict. 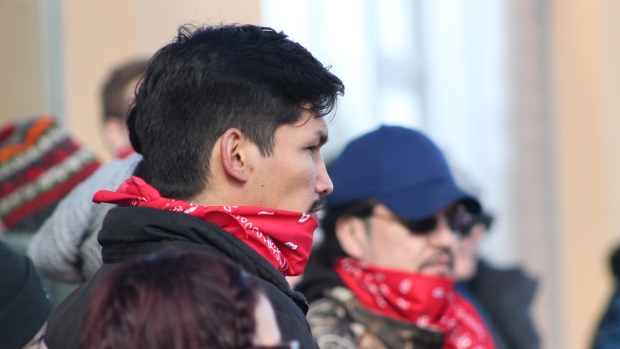 “It goes much further than the pipeline, it’s racism, systemic racism it’s in legislation and it’s in basically all industry,” said Prosper. “As subtle as it is, it’s real.”

"The injunctions must be obeyed, and the law must be upheld," said Trudeau, addressing reporters from the National Press Theatre. "Canadians who are feeling the very real impact of these blockades are running out of patience."

Amid the call from the Prime Minister to dismantle the blockades nationwide, protesters say that will not happen until the RCMP leave the Wet’suwet’en territory in B.C.

With files from CTV's Stefanie Davis