Representatives from city council and various German heritage organizations came together Tuesday afternoon for an official celebration to mark the return of the glockenspiel to Regina’s Victoria Park.

“The glockenspiel is a tribute to the many German immigrants that settled in Regina and surrounding area,” said Alvin Knoll, a board member with the Regina German Club. “Although bell towers are not unique to the German culture, we are proud to share this as a part of our heritage.”

The tower was originally purchased by the Regina Multicultural Council and donated to the city in the in the late 1980s. It became a part of the city’s civic art collection. In 2010, it was taken down for the construction of the City Square Plaza and it was decided to not put the bell tower back up.

“The main reason being it was dated and it had become obsolete to a point,” said Knoll. 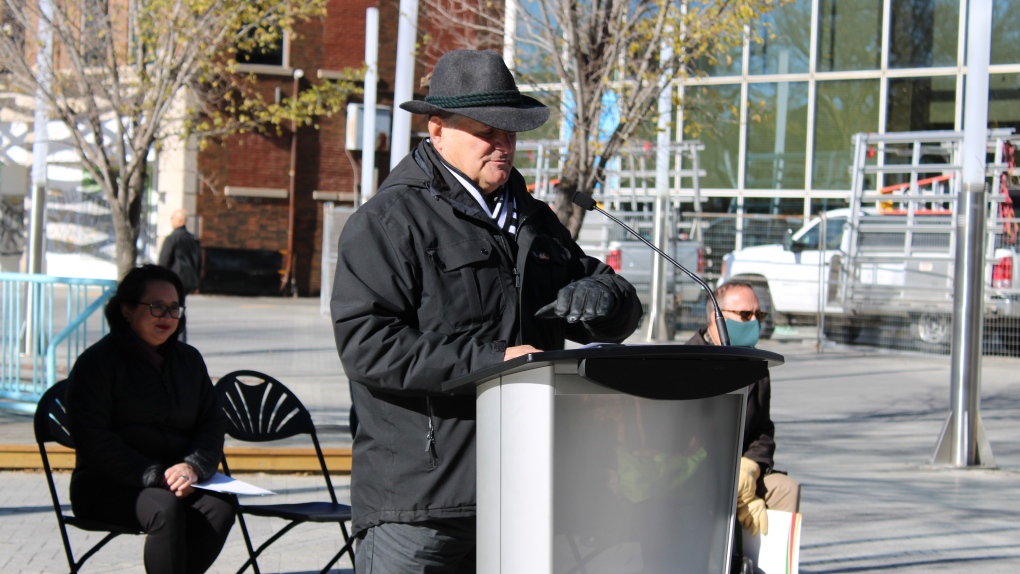 Alvin Knoll speaks to the crowd during the celebration ceremony. (David Prisciak/CTV Regina)

Alvin Knoll speaks to the crowd during the celebration ceremony. (David Prisciak/CTV Regina)

It sat neglected in a city yard for years. Regina’s German community lobbied city council to bring the glockenspiel back and they did. It was restored and reinstalled to its former spot in the park to the tune of $350,000, mostly paid for by the city.

“The city contribution helped to support the key upgrades which include the new master control system allowing for music selection programming,” said city councillor John Findura. “The updated design will help ensure that this glockenspiel will withstand the minus 40 degrees of the winter.”

As much as the celebration was for people of German heritage, those in attendance were quick to point out that the glockenspiel is a monument to all peoples as well.

“Bells and music go hand in hand with all cultures,” said Knoll. “We’re lucky in Regina, this is a multicultural tower and everybody can enjoy it.”

“As a growing city, we are growing by immigration,” said Findura. “It speaks for all immigrants; it isn’t just because it’s a glockenspiel and it’s donated by the German club or the German society. But it’s for all people.”

Even though much as changed since its original debut in 1984, Knoll believes the glockenspiel is still very meaningful to this day.

“I believe that the motto of the glockenspiel,” he explained. “That being to ring in harmony as all cultures come together,’ is as relevant today as it was in 1984.”