REGINA -- Regina residents and local businesses are reacting with a show of support for LGBTQ2S+ people after a pastor’s message was called homophobic by some community members.

On Sunday, Pastor Terry Murphy gave a sermon at Regina Victory Church that has since been condemned by many in the community. The sermon was livestreamed on Facebook.

Murphy’s sermon compared members of the LGBTQ2S+ community to pedophiles and expressed the belief that sex should only occur “between a man and a woman.”

Terry Van Mackelberg said he will be submitting a complaint to the Saskatchewan Human Rights Commission.

Van Mackelberg, a local drag queen who also goes by the name Flo Mingo, said the sermon sends a disheartening message to the LGBTQ2S+ community and “is very dangerous and damaging to our youth who identify as LGBTQ2S+."

"This is why the Human Rights Code exists," Van Mackelberg said. "I think that this is a wake-up call for society that discrimination still exists to the LGBTQ community. It's something that we see on a regular basis and it's alive and well in Saskatchewan and worldwide."

CTV News reached out to Murphy regarding Van Mackelberg’s plans to submit a complaint to the Saskatchewan Human Rights Commission.

Murphy said since the sermon, many people have been bullying him online. In regards to the complaint to the commission, he said people are free to do what they want to do.

"They just don't like my perspective," Murphy said. "I believe in Canada we still have the right to our own perspective, our own opinions. It wasn't hurting anybody, it wasn't calling for violence. It wasn't doing any of that stuff."

Murphy's sermon has prompted many Regina businesses to remind the community their establishment is a safe space for everyone.

Sarah Garden, who owns Bodhi Tree Yoga, took to Instagram to encourage other people and businesses to show support for the LGBTQ2S+ community.

"I think anytime there's a message of hate, we need to respond so much more to the opposite side with love," Garden said. 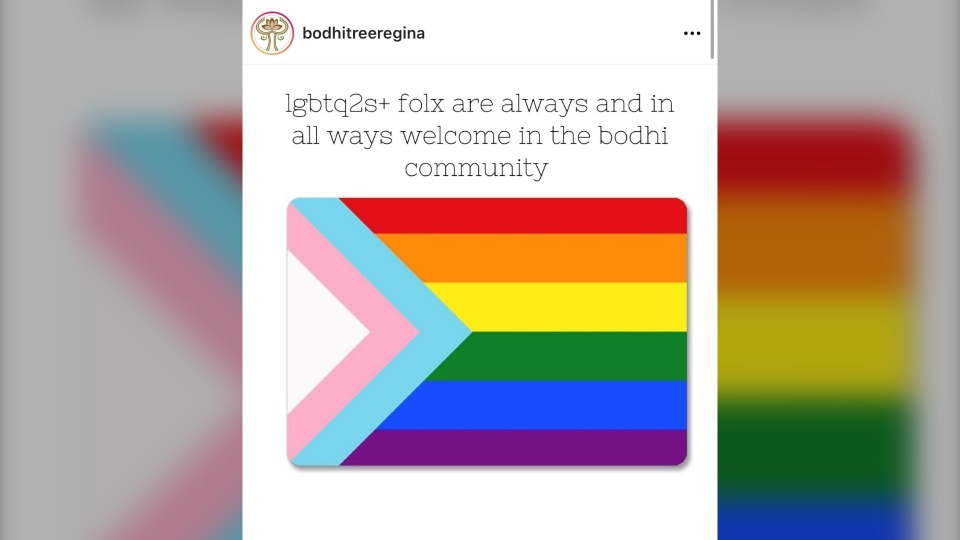 The owner of Dessart Sweets shared Garden's post and said they wanted to remind everyone they are welcome in their shop.

"It's important for people to know where they can go that they'll be accepted," Shelley Patterson said. "I just hate that I even have to say that because this is 2021. And the world is changing, but in a lot of ways it's not."

The Penny University Bookstore is another local business that shared a post of unity and acceptance.

"Without hesitation, we stand with the LGBTQ+ community. This is a human rights issue, not a political stance,” said owner Annabel Townsend. “Our business welcomes everybody of any gender or sexuality."