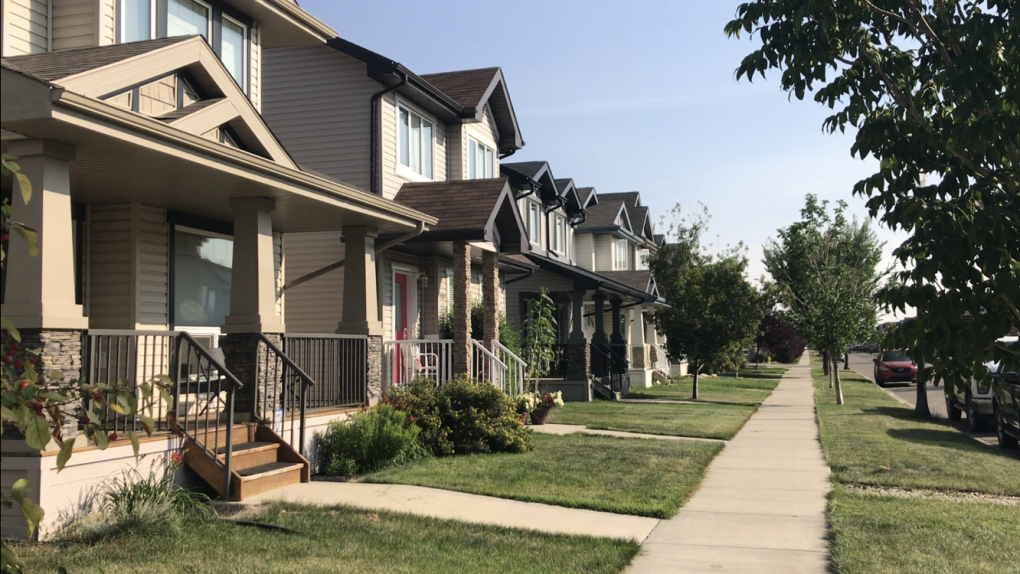 Homes in Regina's east end have been having lot grading issues, according to residents. (Jeremy Simes/CTV News)

REGINA -- Many residents in Regina are raising concerns about cracks and flooding on their properties that they say have been caused by the actions of their neighbours.

Coun. Lori Bresciani has looked into the issue of property owners not abiding by grade levels, and recently submitted a notice of motion so the city can find a way to alleviate the problem.

“The city needs to look into the grades and ensure that residents are adhering to them so there is no flooding,” she said on Monday.

The excess water can cause cracking, basement dampening and flooding.

“It’s causing drainage issues for neighbours, slumping around the yard, and trees are dying,” Bresciani said. “Residents are very concerned.” 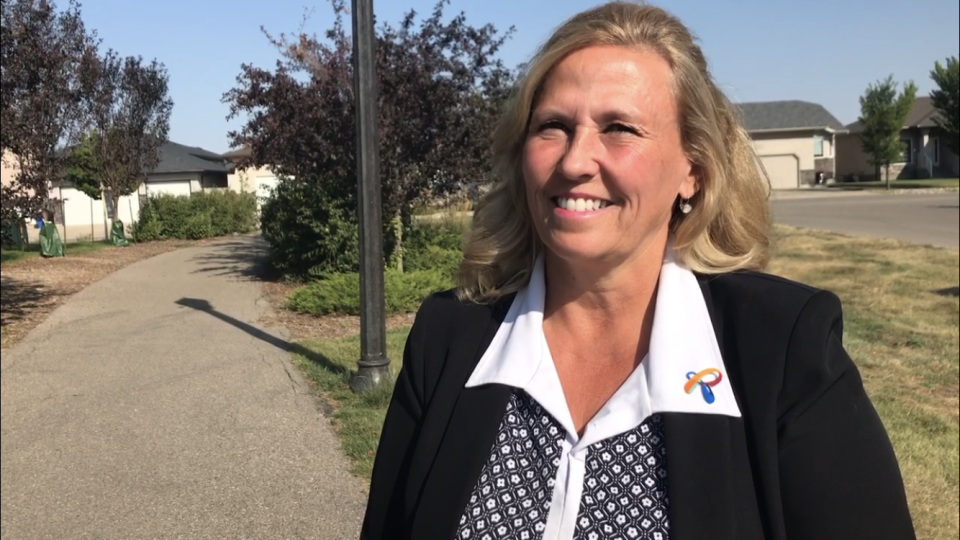 Coun. Lori Bresciani has submitted a notice of motion to look into the grading issues. (Jeremy Simes/CTV Regina)

She explained actions by property owners can sometimes be harmless.

They may install a concrete pad in their backyard, not knowing it will affect the drainage system. However, this sometimes causes flooding in someone else’s home.

“We all need to come together to educate and then regulate these drainage bylaws,” Bresciani said.

Bresciani’s motion is expected to be tabled at city council on Wednesday. 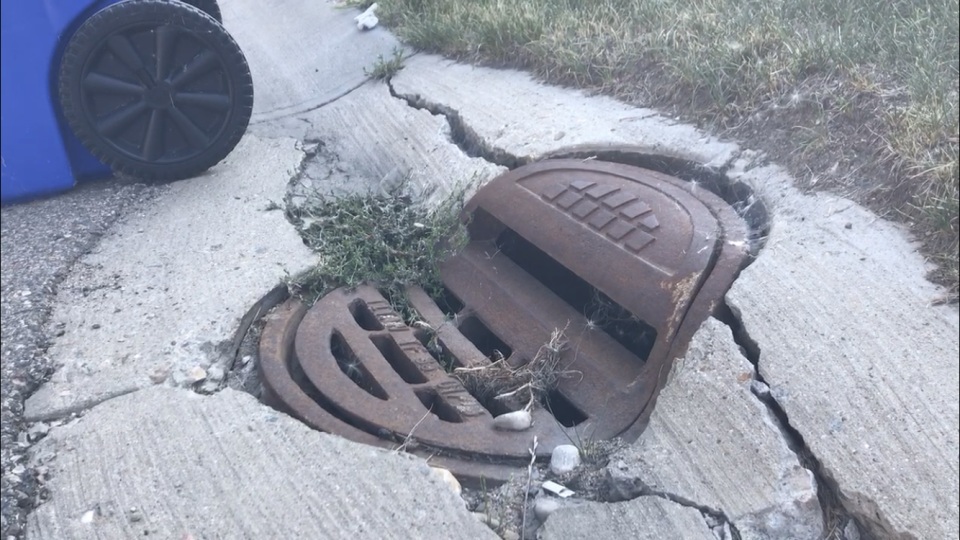 A cracked sidewalk near a drainage hole in an east end neighbourhood. (Jeremy Simes/CTV News)

If passed, it would require administration to provide a report later this year on how the city could better regulate drainage and lot grading.

The report would also outline the costs associated with changing the regulations.

“I think this bylaw absolutely needs to go in,” Bresciani said. “We are pitting neighbour against neighbour, and I want to build community. That means they know what the grades are, and it’s about education and awareness.” 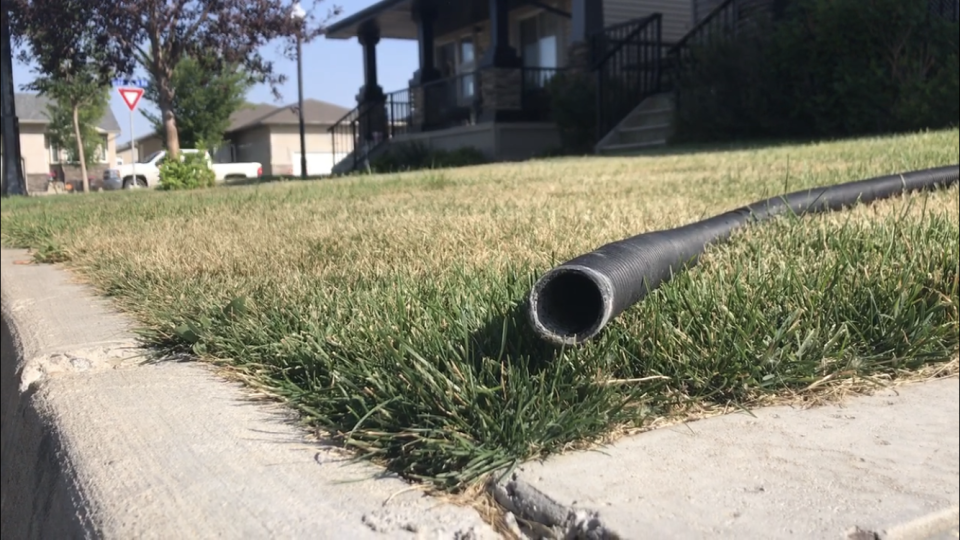 Roll flat hoses extend out from people's homes onto sidewalks in a neighbourhood in the east end. (Jeremy Simes/CTV Regina)

Even though the onus is on the homeowner to ensure proper drainage, some residents wonder if developers have not built their properties correctly.

In letters submitted to city council, some said sump pumps run regularly in a neighbourhood in the east end. Sidewalks and garage pads have also cracked.

Stu Niebergall, president and CEO of the Regina and Region Home Builders’ Association, said developers build the lots in a way that ensures drainage moves properly.

The challenge, he said, is people start personalizing their homes when they move in. A shed or raised garden could cause water to not move as intended.

“At the end of the day, developments put tremendous scrutiny on these plans,” he said. “We have a responsibility that the lot grades are done correctly and that everything is built to the right elevations.” 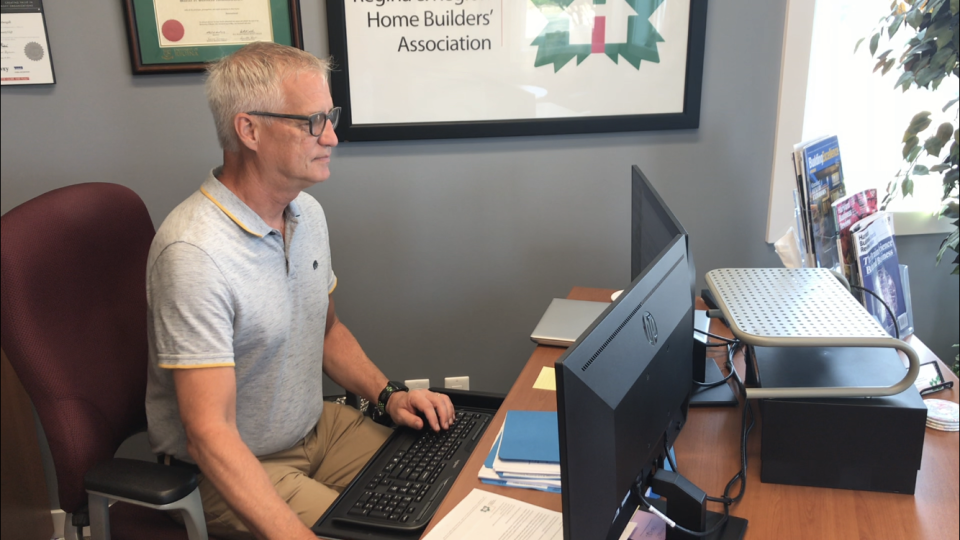 Stu Niebergall, president and CEO of the Regina and Region Home Builders’ Association, in his office. (Jeremy Simes/CTV Regina)

Niebergall said the city needs to enforce bylaws to deter the drainage issues. It could mean the removal of sheds or gardens.

“People might not like it, but you need to allow these subdivisions to work as they were deigned to do,” he said.