REGINA -- A 135-year-old heat record no longer stands in Regina with a high of 35.3 degrees hit on Friday.

The heat continued into the weekend with Regina falling just short of another record-setting day with another scorcher in the Queen City on Saturday.

Sebastian Cooper and his son Xavier headed to a splash pad in Regina to try to beat the heat and brought along some treats for everyone at the park to enjoy. 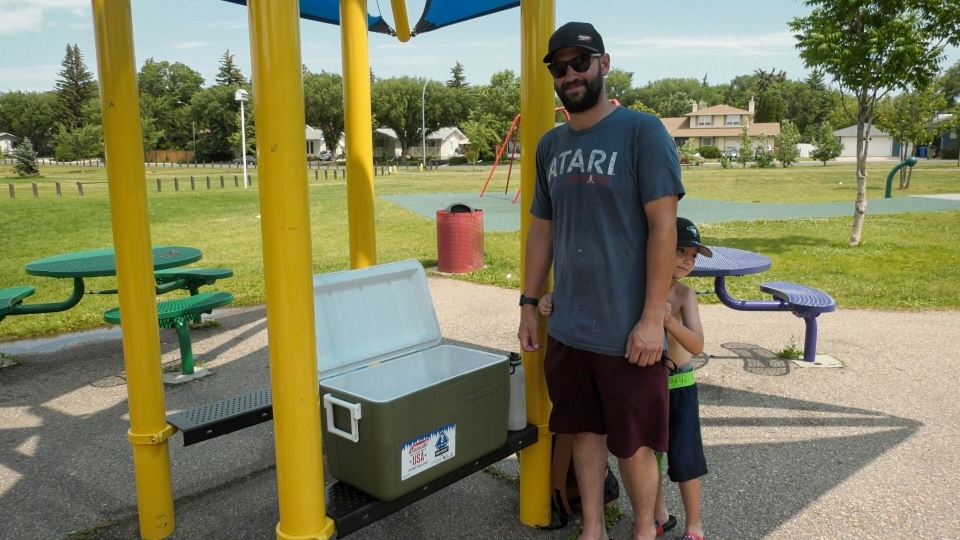 Sebastian Cooper and his son Xavier were handing out popsicles at the South Leisure Centre Spray Pad on Saturday. (Marc Smith/CTV News)

“Last time we were at the spray park, one his friends’ parents gave him a popsicle and I thought, I could just bring popsicles for all the kids,” Cooper said.

Cooper brought more than 100 popsicles for all the residents attempting to stay cool on another day that touched over 30 degrees in the Queen City.

Regina and 33 other communities in Saskatchewan set new record highs for July 2 on Friday.

As the high temperatures continued into the weekend, people in Regina headed towards water to avoid the heat.

“We bought a sprinkler for the top of the deck, a little mister, and sitting outside in the shade,” one person in Wascana Park said.

”I have been drinking a lot of cold beverages, I went to the beach, went to the lake and been living in A/C,” another said.

While Saskatchewan is seeing more demand for power than ever before this summer, there’s no concern for overloading the province’s grid.

McGregor said there has been localized strain on the system in northern communities that don’t normally see the high temperatures that have been seen this week.

“Big picture, there’s not much risk to any sort of unexpected outages due to the heat,” he said.

The high heat is expected to remain throughout the weekend before a cool off to start the work week, but many residents are just fine with the heat sticking around.