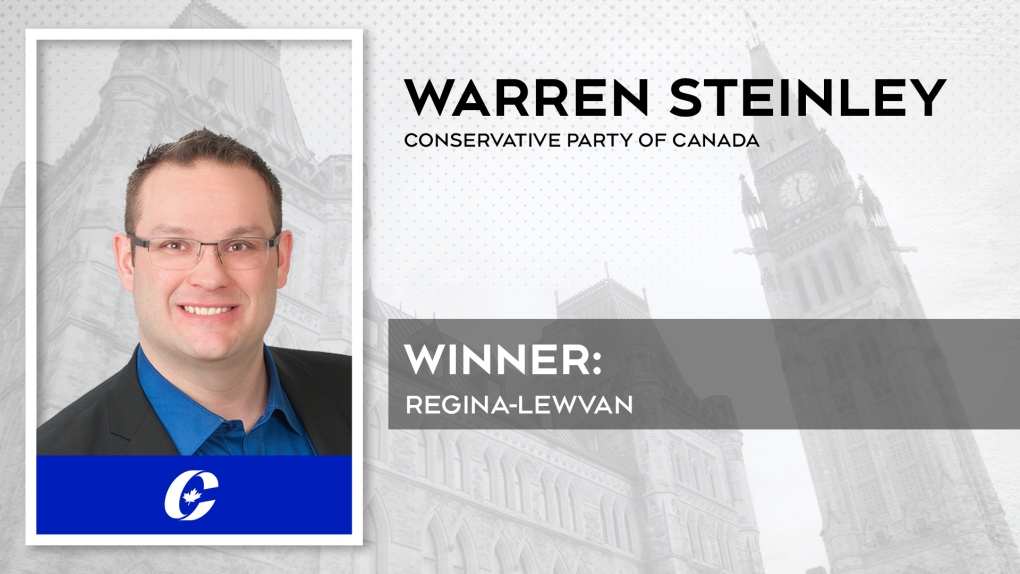 Ahead of an official declaration, Steinley said he believes the people of Saskatchewan have elected someone who will “always stand up for Saskatchewan.” 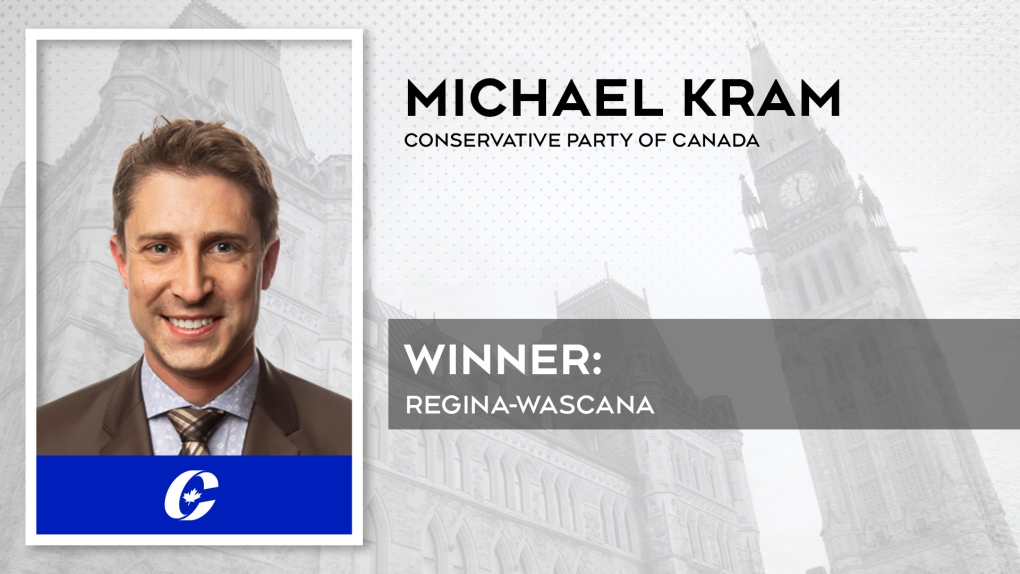 Conservative candidate Michael Kram has been re-elected as MP for Regina–Wascana.

“Although we all hoped for a better national result, withholding those from a firm hold of power is a [success]," said Kram during a victory speech at his campaign headquarters.

The incumbent was first elected in 2019 when he defeated long-time Liberal MP Ralph Goodale.

In an interview with CTV News, Kram said tonight’s victory felt even better than 2019’s.

“After being re-elected by the voters of Regina–Wascana, it certainly is an honour to know that last time was not a fluke and that people are happy with the representation that I have provided,” he said. 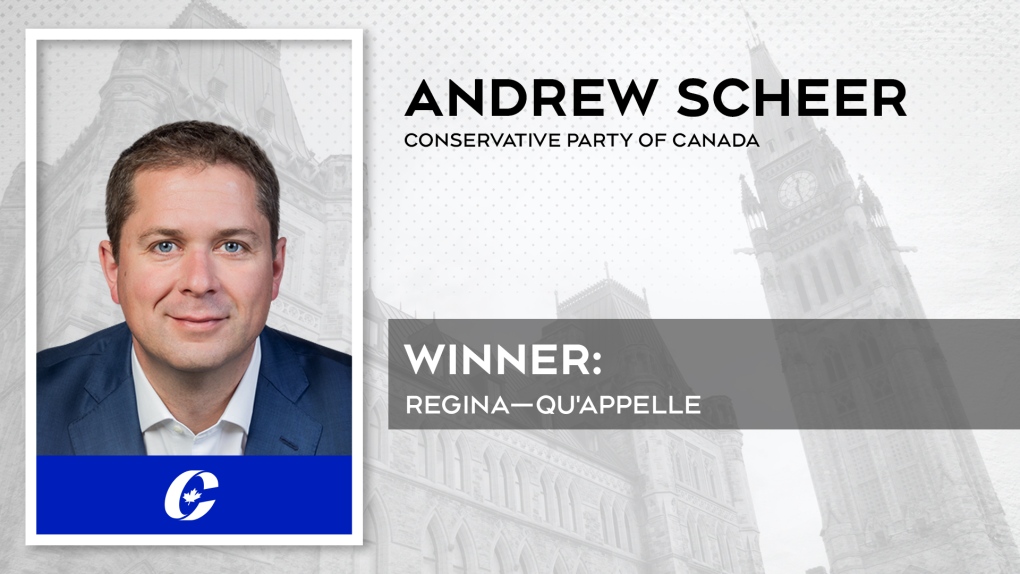 Scheer said he plans to continue to fight for Saskatchewan in Ottawa and show Canadians a united Conservative front to address the nation's biggest issues.

Scheer has been the sitting MP in this riding since 2004.

The U.S. says it will allow Canadians into the country who have received a mixed COVID-19 vaccine schedule, when the U.S. opens its borders to fully vaccinated travellers on Nov. 8.

Military police say they are investigating 'historic' allegations of sexual misconduct involving yet another senior commander, this time the officer responsible for human resources in the Canadian Armed Forces.

The City of Iqaluit says testing shows a high concentration of fuel in a tank that supplies water to the Nunavut capital.

Ontario Premier Doug Ford says his government is finalizing its plans to exit the final stage of its reopening plan in order to 'cautiously lift more public health measures' currently in place.

A long-serving member of Parliament was stabbed to death Friday during a meeting with constituents at a church in England, in what police said was a terrorist incident. A 25-year-old man was arrested in connection with the attack, which united Britain's fractious politicians in shock and sorrow.

U.S. land border reopening to Canadians Nov. 8: What you need to know

Starting Nov. 8, the United States will be opening its land and sea border to non-essential fully vaccinated Canadian travellers for the first time since March 2020. Here's what we know so far.

Canadians will be electing more MPs across the country as soon as 2024, as the House of Commons seat count is going to be increasing from 338 to 342. While most provinces' seat counts remain unchanged, Alberta will be gaining the most new ridings, while Quebec will be losing one.

Alta. woman charged with 1st-degree murder in death of toddler

A two-year-old’s death in central Alberta has been ruled a homicide.

Two British Columbia women who say doctors advised them against getting COVID-19 vaccines have filed a constitutional challenge of the province's vaccine passport.