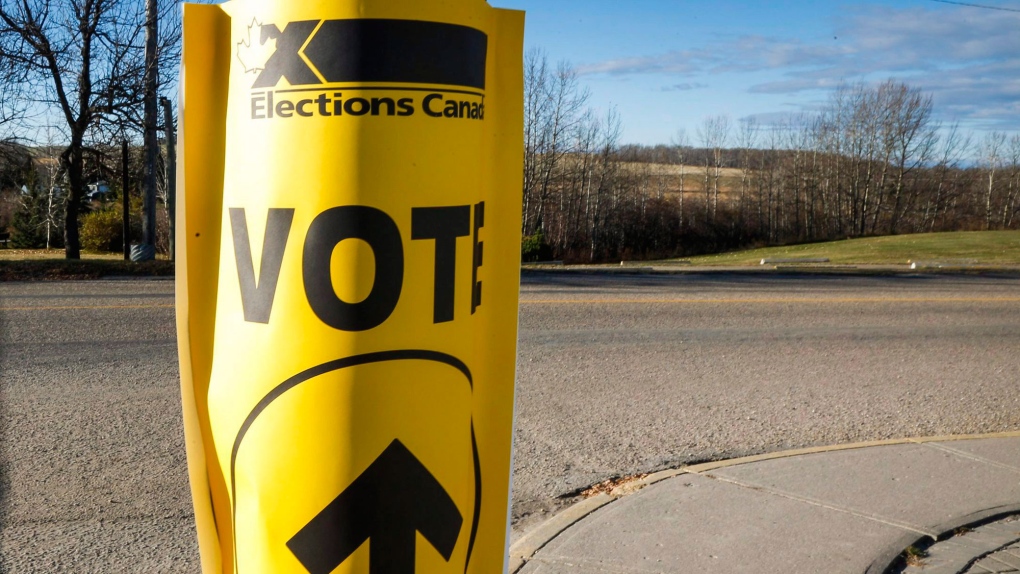 A voter walks past a sign directing voters to a polling station for the Canadian federal election in Cremona, Alta., Monday, Oct. 19, 2015. THE CANADIAN PRESS/Jeff McIntosh

Regina voters will have a chance to meet most of the people running for federal office in the city’s three ridings on Monday.

Candidates in the running for Regina’s parliamentary seats will gather at the Regina Public Library’s central branch downtown on Sept. 9.

There, MP hopefuls from every party will be able to meet voters and answer questions on different topics without a formal debate or pre-written speeches, instead focusing on one-on-one conversations.

RPL says the setup “lowers barriers between politicians and the public by creating a space where voters can lead the discussion”.

“We support political literacy and we want to provide barrier-free ways to engage with Canada’s democratic election process,” Nancy MacKenzie, Manager of Community Engagement and Programming with RPL said in a release. “This event is a great way to bring the public and their political representatives closer in a respectful bipartisan setting.”

The candidates confirmed to be participating are as follows:

Canadians head to the polls in October.