Regina's Iceville collects 5,000 meals for those in need 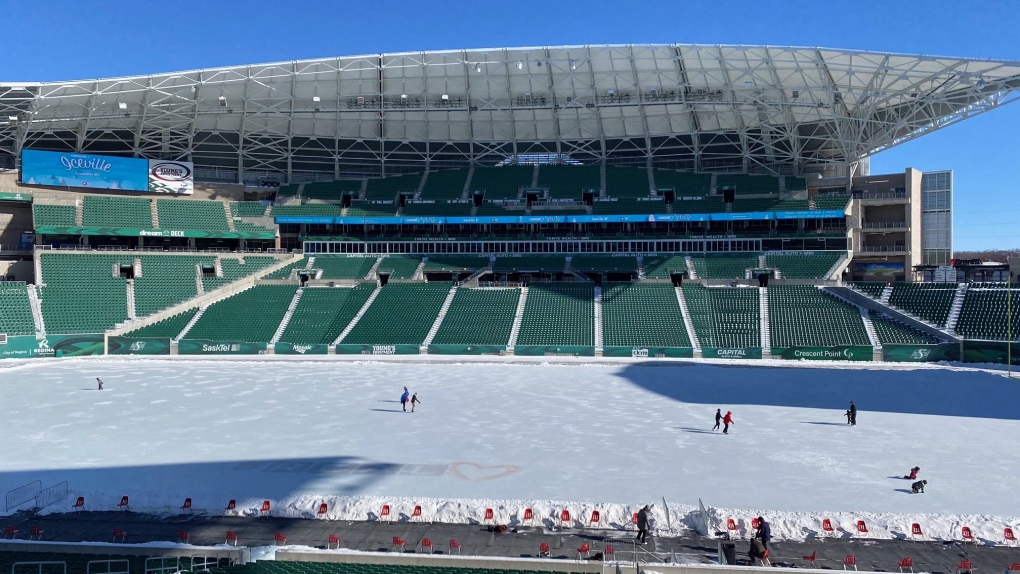 REGINA -- As of March 1, Saskatchewan’s largest skating rink located at Mosaic Stadium is closed, but it managed to raise roughly 5,500 lbs of food – equal to roughly 5,000 meals for those in need.

Some 13,000 skaters got to enjoy the opportunity before Spring weather ended its run.

The closure was announced last week, following damage to the ice as a result of some early Spring temperatures.

Evraz Place officials said it has a system in place for draining the 1.5 million liters of water it took to create the massive rink.

“The surface is actually designed for drainage,” Tim Ried, CEP and President of Evraz Place said. “There is no risk in terms of how fast it will melt versus the drainage capacity of the stadium.”

Due to its popularity hours were extended in January allowing for more skaters throughout the day.

Other outdoor ice rinks in Regina will still be available.