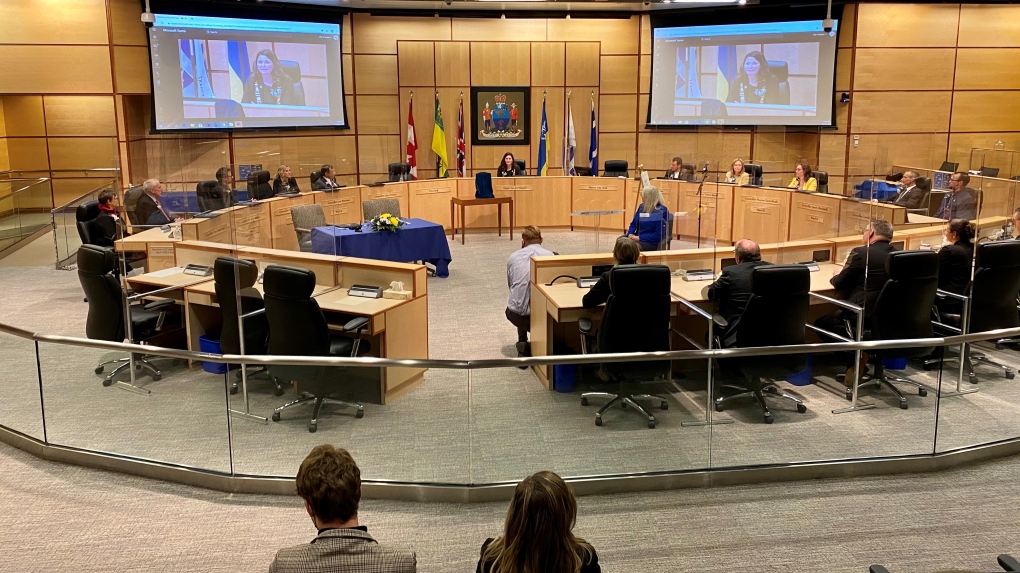 Regina’s newly elected mayor and city council were sworn in during a ceremony on Monday. (Gareth Dillistone / CTV News Regina)

REGINA -- Regina’s newly elected mayor and city council were sworn in during a ceremony on Monday. 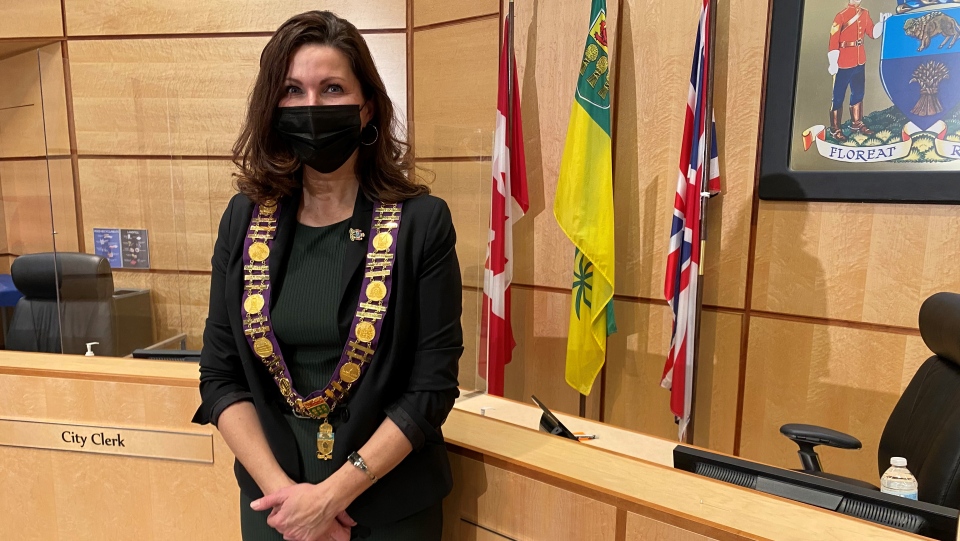 Mohl replaces Jerry Flegel in Ward 10, after Flegel lost in the race for mayor.

Ward 8 is now held by Zachidniak, who replaces Mike O’Donnell after he decided not to seek re-election.

Regina's new mayor, Sandra Masters, said it's important for the new council to try an find a way to work collaboratively.

“Somehow figure out where we agree and align and move those issue forward, and when we don’t, open into respectful debate and try and convince each other of what else we should move forward,” Masters said.

As the 35th mayor of Regina, Masters replaces Michael Fougere who spent eight years in office.

Masters plans to get things started right away, with promises of trying to find efficiencies in the municipal government.

“I believe I am meeting late this week and early next to start developing some terms of reference for that committee. Advisory panel maybe is the way to say it. And begin introducing council to the idea of sort of how it might be structured and where we can expect to take it in the next six weeks,” Masters said.

“COVID-19is ever-present on top of our minds of course, we have our striking committees this week and next, and we will be getting underway with some of those,” Masters said.

The newly elected members will get started right away as the first meeting of the new city council is set for Dec. 2, 2020.