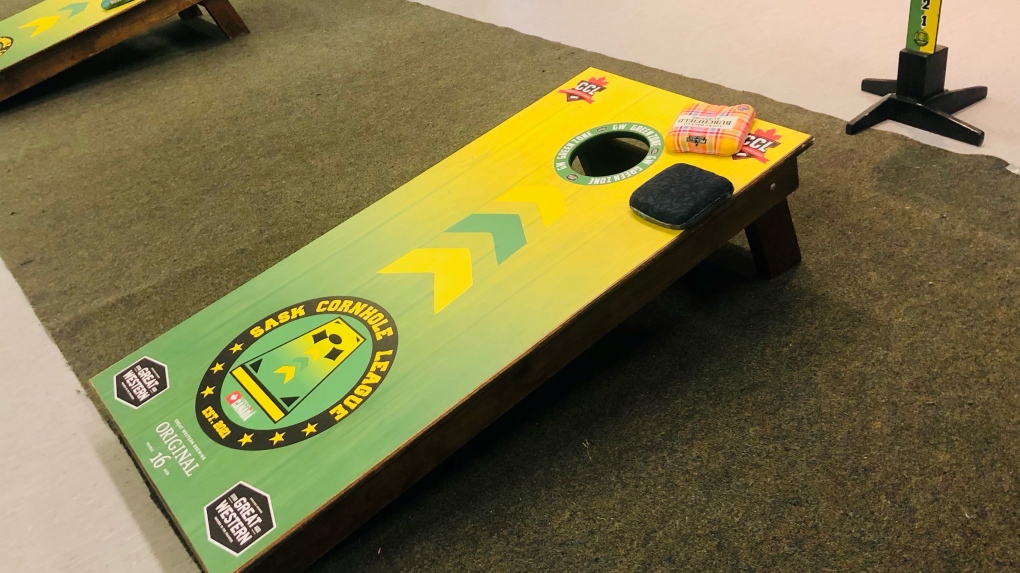 Sask Cornhole League will host teams from across the country in August for the 2022 National Cornhole Championships.

Sask Cornhole League is based in Regina and was established in 2021 by Newson and Vice President, Darren Bradley.

“We were friends and we both liked Cornhole so we thought we would start a league and it just grew from that,” said Newson.

The local league meets Thursday’s at the Hungarian Cultural & Social Club and has members from the age of 10 all the way to 80 plus.

“The people are so good. The camaraderie is great. Good friends who are easy to talk to and we have a few laughs,” said 86-year-old member, Jim Feeney, who joined the club 10 months ago.

“It’s easy to play and I mean as long as you have an arm and a willingness to throw a bag, you can just adjust (your play). It’s similar to softball or anything like that and there’s a lot of spin off too now with backyard games,” said member, Glen Boehme.

The game is a simple concept but addicting.

“The boards are 27 feet apart front to front. You get four bags and one on the board is one point. One in the hole is three points. They cancel out, so if your opponent gets one in the hole and you get one in the hole, it’s zero. You go to 21,” explained Newson.

“I’m competitive in nature, so everything I do, I want to be really good at. At first I was getting two or three bags in at a time until I was getting four consistently,” said Boehme. “That was kind of the ultimate goal. Then you start playing these guys and they’re really good and it just keeps you going.”

The National Championships take place August 18-21 at the Caledonian Curling Club in Regina.

More information can be found on Sask Cornhole’s Facebook page.

A new report says Canada needs to change its federal visa policy to speed up the admission of Ukrainian refugees, which has slowed to a trickle.

A group on Prince Edward Island is calling for a return to tougher COVID-19 restrictions in the province.

The last supermoon of the year, known as the 'sturgeon moon,' will rise in the evening sky tonight.

B.C. actress hit in the chest by bullet in L.A. shooting last month

A B.C. performer is recovering after taking a bullet to the chest in Los Angeles last month.

Making baby food at home with store-bought produce isn't going to reduce the amount of toxic heavy metals in the food your baby eats, according to a new report released exclusively to CNN.

More Canadians report strong attachment to their language than to Canada: poll

A new survey finds more Canadians report a strong attachment to their primary language than to other markers of identity, including the country they call home.

The Edmonton Oilers say they are mourning the death of Ben Stelter, a six-year-old boy with cancer whom the team rallied around during their run to the Western Conference final.