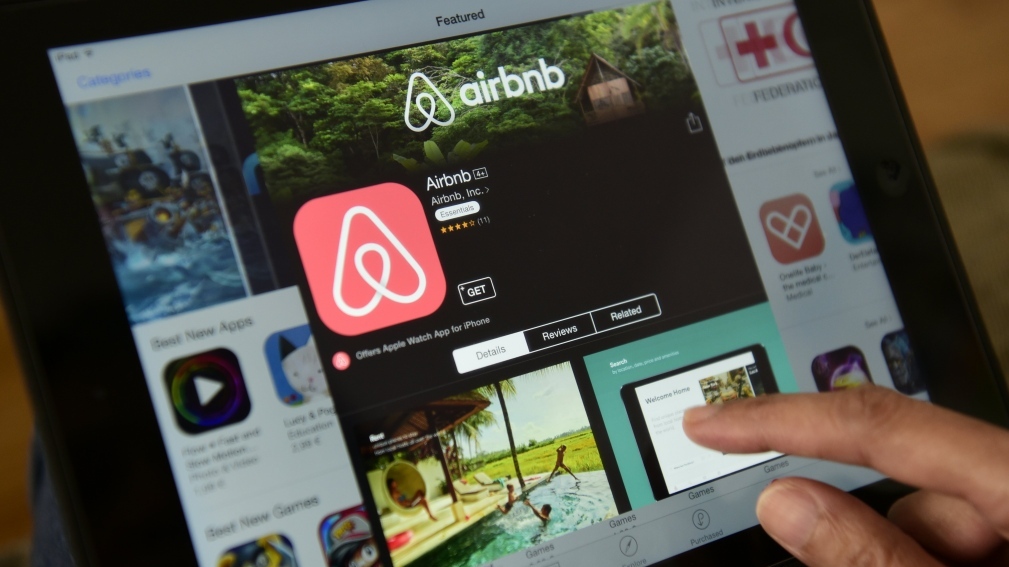 The Airbnb website is seen in this file photo. (AFP PHOTO/John MACDOUGALL)

REGINA -- Regina Airbnb operators can soon expect to obtain a licence if they wish to offer temporary short-term stays for visitors.

Many city councillors on the executive committee voted in favour on Wednesday of a proposed licencing regime for short-term stay rentals.

The changes, which would take effect in January 2021, need final approval from city council at a future date before they become official.

The proposal comes after city council directed administration to explore ways to regulate the industry.

If approved, short-term rental operators would be allowed in residential and mixed-use areas, but they would need to obtain a licence.

There would be a fine of $1,000 if owners fail to licence. Their licences could also be removed or suspended if an investigation finds infractions.

Short-term rentals would be inspected at any time if the city requests one.

Council could decide to further change these recommendations at a future meeting.

The majority of executive committee members voted in favour of ensuring Airbnbs or short-term rentals don’t saturate the market.

The change ensures that there would be a cap on new licences if the city’s vacancy rate drops below 3 per cent.

As well, councillors voted to ensure that only up to 35 per cent of units in a multi residential building are allowed to be an Airbnb or short-term rental.

Coun. Barbara Young brought forward the changes, and they would need final approval from city council before becoming official.

The city determined there were roughly 947 short-term rental listings in Regina from November 2018-2019.

City staff noted there have been a small number complaints with short-term rentals in the city. Some caused excessive noise, parking and messy yards.

Without a licencing system, they said it’s hard for the city to figure out if the complaints were actually caused by the short-term rental.

A city survey found that 31 per cent of respondents thought short-term rentals brought noise and increased traffic, while 51 per cent disagreed.

As well, the survey found that the majority of respondents believe residents should be allowed to rent their properties or rooms in their homes as short-term accommodations.

There were 1,801 respondents to the survey.