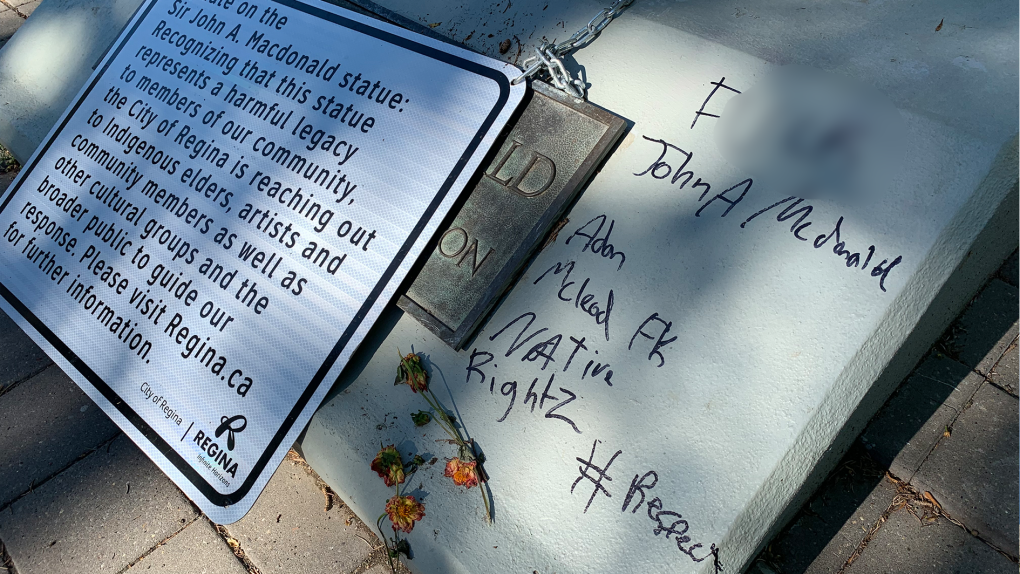 REGINA -- Two displays in Regina’s Victoria Park have been vandalized.

A source of recent discussion, the base of a statue of Sir John A. Mcdonald was vandalized with an obscenity. The phase "Native Rightz" is also visable.

The City of Regina recently said it will be consulting with the public over the Sir John A. Macdonald statue in Victoria Park, saying it recognizes the statue represents a harmful legacy. 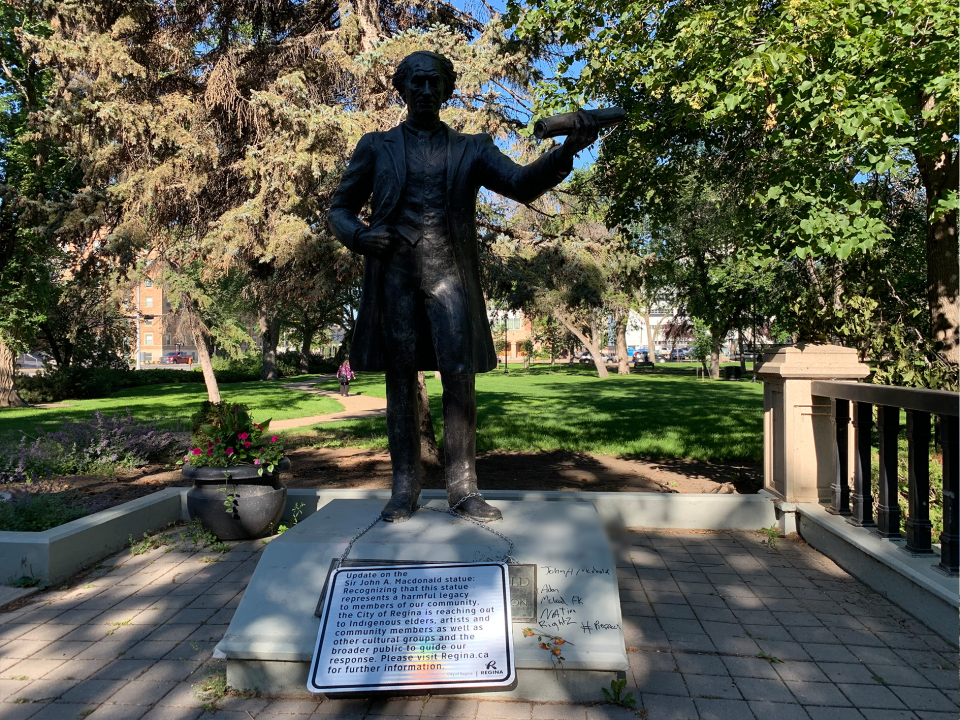 Also vandalized was the Cenotaph, which pays tribute to Canadian veterans and those who serve. 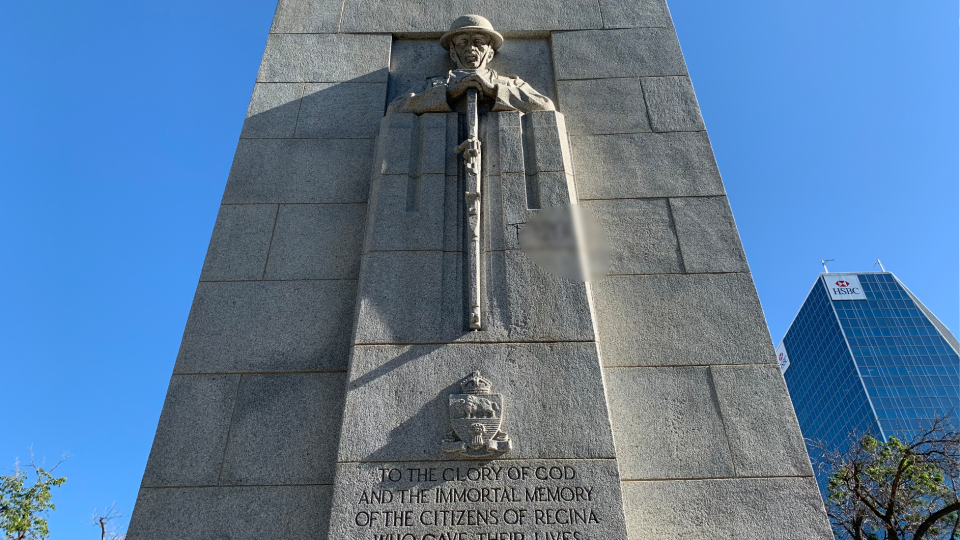 Regina police say it has not received a report on these incidents, however a representative for RPS said the markings on the Cenotaph are familiar to police.