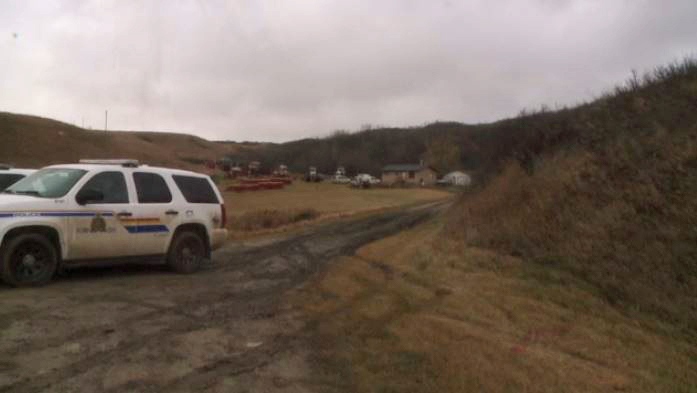 RCMP investigate the death of a man who was found at a home on the Piapot First Nation on Tuesday, Oct. 27, 2015.

A Regina woman has been charged with second-degree murder in the death of a man from the Piapot First Nation.

Around 6 a.m. Sunday, RCMP received a report that a man had been stabbed at a home on the reserve.

When police and EMS arrived, they found the man dead at the scene. He has been identified as 27-year-old Justin Crowe of the Piapot First Nation.

In the early stages of the investigation, RCMP learned that there had been a social gathering at the home where the victim was found. Information gathered during the investigation led to the arrest of a 20-year-old Regina woman.

Tia Justice Pinacie-Littlechief appeared in Regina provincial court Thursday on a charge of second-degree murder. The case was adjourned until Nov. 19.

RCMP say the victim and the accused were acquaintances. An autopsy was scheduled to take place Thursday.

Piapot First Nation is located about 45 kilometres northeast of Regina.