Replacing the Brandt Centre and pursuing a new outdoor ballpark are currently not important priorities for residents who took part in the City of Regina’s Catalyst Committee Survey.

Only 9.5 per cent said that they feel replacing the Brandt centre is a “high priority” for them and only 8.4 per cent felt the same about constructing a new multi-purpose outdoor baseball facility.

Additionally, 14.5 per cent said replacing the Brandt Centre is “somewhat a priority,” while 18.6 per cent said it is a low priority for them. Another 15.8 per cent of respondents took a neutral stance.

When it came to a new outdoor multi-purpose ballpark, 10 per cent felt the project is “somewhat a priority,” 14.4 per cent said it’s a low priority and 15.6 per cent were neutral to the idea.

Private investments were how most residents felt the two projects should be funded if they were to go ahead in the future.

A total of 4,438 completed the entire survey between Oct. 17 and Nov 10, according to the city. The city also said that responses included over 12,000 open-ended comments.

“We had 4,500 responses, which makes this one of the most important public engagement surveys that the city has done” Coun. Bob Hawkins said.

Replacing the Brandt Centre and building a new outdoor multi-purpose baseball facility are two of five proposed major projects that the City of Regina’s Catalyst Committee proposed, with the goal of maximizing economic and community benefits. 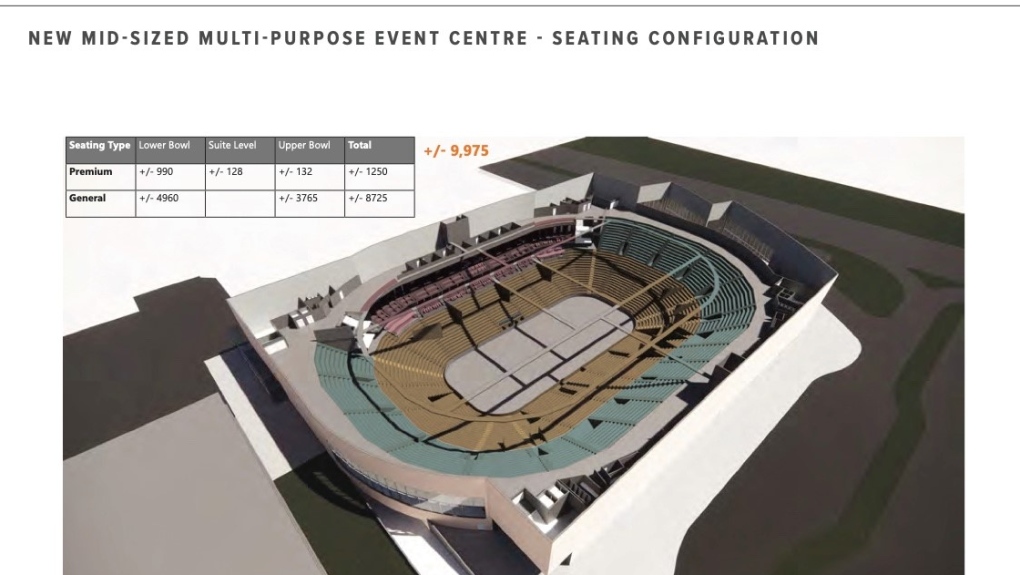 This photo shows a virtual model of a seating plan for a new event centre that could one day replace Regina's Brandt Centre (Supplied: REAL)

The city said all projects have the potential to attract people and businesses to Regina’s downtown.

For all five proposals, survey respondents tended to favour answering that the projects were currently “not at all a priority” for them. 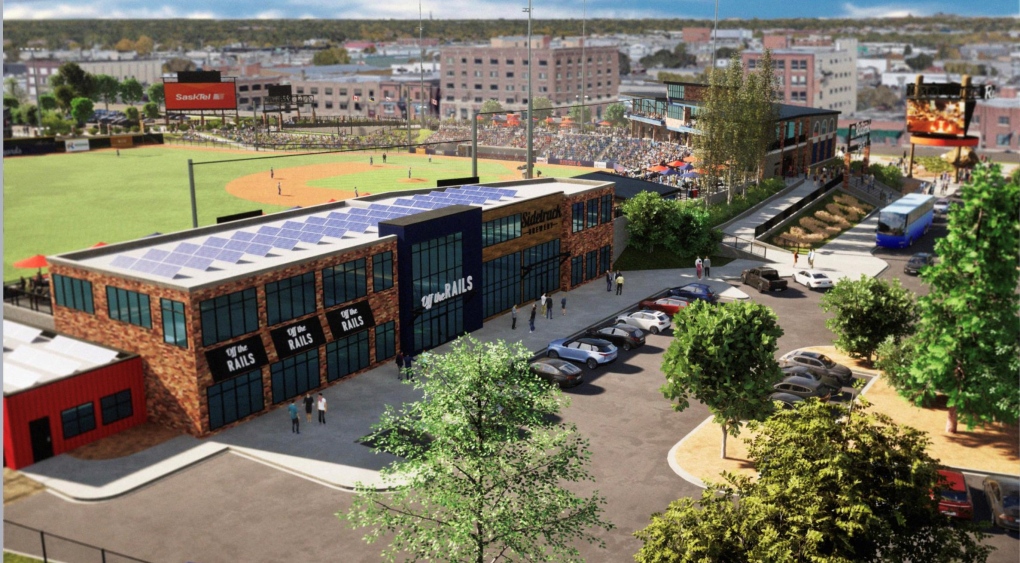 Only the proposed replacement of the Lawson Aquatic Centre, Central Library and the new synthetic outdoor field received some support for public investment, according to the survey.

“The public is concerned about municipal budgets but I think they’re also saying if other levels of government can contribute, if private investment will be triggered by these projects, then we should take advantage of that,” Hawkins said.

The City of Regina said the Catalyst Committee is currently reviewing community feedback from the survey along with the project proposals.

“If we can’t make our city attractive, for labour, for skillsets, for the best of the best, then ultimately we will jeopardize some of these head offices that call Regina home,” Tim Reid, REAL District CEO and co-chair of the Catalyst committee, said.

A finalized report is expected to be presented to City Council in early 2023.

Survey results can be seen here.

What is going on with Bill C-11, the government's online streaming legislation?

The Liberals have spent years trying to pass online streaming legislation and now the current iteration, known as Bill C-11, is closer than ever to passing. With a potential parliamentary showdown ahead, here's what you need to know about how the contentious Broadcasting Act bill got to this stage.

What should Canada be doing about climate change? 25 recommendations

The national Net-Zero Advisory Body released 25 recommendations Friday for how Canada can adjust its climate plan to reach net-zero emissions by 2050 — a goal that the country is not on track to reach right now, according to the report.

The federal government posted a budgetary deficit of $3.6 billion in the first eight months of the fiscal year.

What looks like a giant teddy bear’s face peering into space from the surface of Mars is actually a satellite image of some craters and a circular fracture, scientists say.

The Supreme Court of Canada has ruled that a mandatory minimum sentence of four years for firing a gun at a house is unconstitutional.

Conservative Leader Pierre Poilievre doubled down on his belief that "everything feels broken" Friday, as he laced into Prime Minister Justin Trudeau for suggesting otherwise.

Thousands of Maritimers still without power after Thursday storm

Thursday’s wet and windy storm has knocked out power to thousands of people in the Maritimes, most of which are in Nova Scotia.

Freedom rally supporters are expected to congregate near the southern Alberta border town of Coutts on Saturday and RCMP officials say motorists in the area should expect to face highway delays.