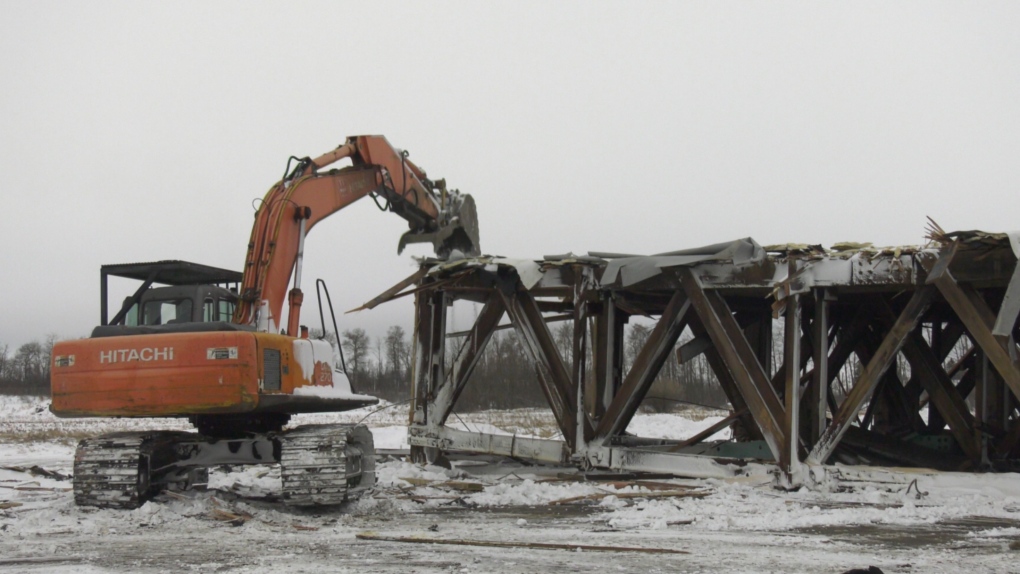 YORKTON -- A World War II hangar at the Yorkton Municipal Airport is being torn down, but a local company is repurposing parts of the historic building to preserve its memory.

One of the seven hangars used by the British Commonwealth Air Training Plan came crashing to the ground after almost 80 years of use.

Over the years the building has had many uses, with it’s most recent being a fertilizer warehouse.

A local company, Prairie Barn Brothers, is working to make sure that while the building is gone, the history is not.

The company reclaims materials from old buildings for people to repurpose. They were able to salvage tarp, tin and old growth lumber from the hangar

"We just really want to give back to the community and give back a piece of their history that they can have in their homes forever,” added Slowski.

With past projects he has seen the wood made into feature pieces like mantles, exposed beams, hardwood floors and feature walls.

A Saskatchewan resident living in Arizona will be the recipient of most of the timber, although some of the material and its history will stay here in the Parkland.

"We do get quite a few local people buying smaller amounts of it," Slowski explained.

Yorkton MLA, WWII history buff and aviation enthusiast Greg Ottenbreit is one of those who will be keeping a few pieces of this close-to-home history.

The timber will be travelling a short distance to Ottenbreit's hangar next door, where he hopes to use it to build an observation deck.

"It’s good to recognize the history and also what's still being preserved out here," said Ottenbreit.

Only one of the original hangars will remain after the project wraps up in about a month. With years of preservation, the hangar stands basically in its original state.