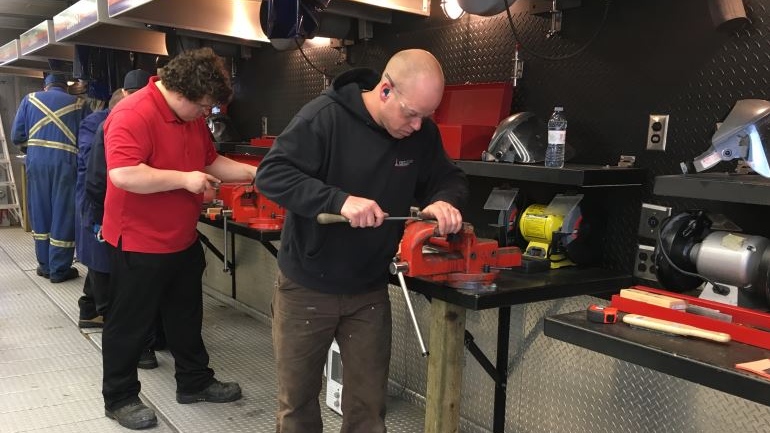 REGINA -- Oil workers in southern Saskatchewan are heading back to school as prospects in the industry decline. Many are choosing to attend Southeast College.

The college offers a variety of courses, from adult education and industry safety classes, to electrician and hairstylist programs. Its head office is in Weyburn.

Shilo Krupka is enrolled in the college’s industrial mechanic program in Estevan. He's worked on oil drilling rigs for the past seven years, and was a Red Seal Journeyman welder before that. Krupka left the oil and gas industry in search of a change.

“My old body’s just getting tired and I’m getting old. And it’s just hit and miss all the time with work,” said Krupka.

Gordon Turner has a similar story. Originally from Calgary, he worked on a well-servicing rig for nearly a decade.

“I was going to do that for the summer before I went to university,” said Turner, who is also studying to become an industrial mechanic. “You start making 30 bucks an hour straight out of high school, and it’s hard to walk away from that.”

“I bought a house like right before that happened. So, I stuck around on the patch for the last five years, waiting for it to come back. And it just never did,” Turner said.

Like Krupka, Turner headed to Southeast College because it was affordable and close to home.

“So, then I [will] actually have tickets to my name, which is one thing that always bothered me about the patch,” said Turner. “You're very skilled in a specific thing, but that's it. Once that industry goes under, you're general labour after that.”

Larry Heggs, Southeast College’s director of strategic development and infrastructure, said the institute attracts a lot of students leaving the oil and gas industry for a new career.

“There’s an increase in those types of re-training opportunities that people are taking, for sure,” said Heggs.

Heggs said the school tries to anticipate changes in employment trends before they happen. For instance, the institution recently built a solar array to train future solar installation experts. 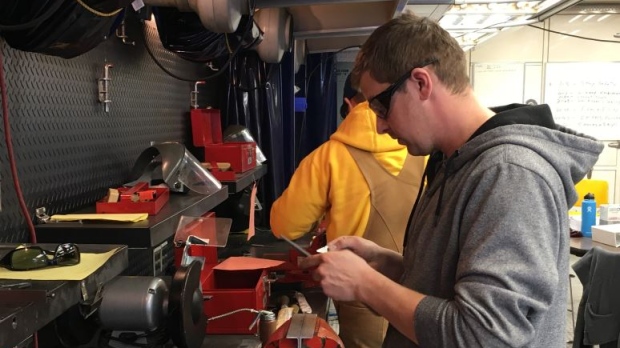 “Due to our size, we're far more flexible. We have an ability to react to that environment, to our clients, to their customers and the employers,” said Heggs. “It's all about labour market demand and what our students need.”

Beginning this fall, Southeast College will take over SaskPower’s powerline technician apprenticeship program. Levels 1 to 4 will be offered in Weyburn, exclusively though Southeast College.

Back in the classroom, both Turner and Krupka are already crafting their futures post graduation. Turner wants to start his own business fixing things, while Krupka is aiming to become a ski lift mechanic.

Krupka’s advice for others looking to get out of the oil and gas industry?

“I'd tell them to follow their dreams,” said Krupka. “Don't get stuck in the rut, and just get out there and live your life.”