Riders' Clark and Williams to make return against Bombers

Riders' Clark and Williams to make return against Bombers 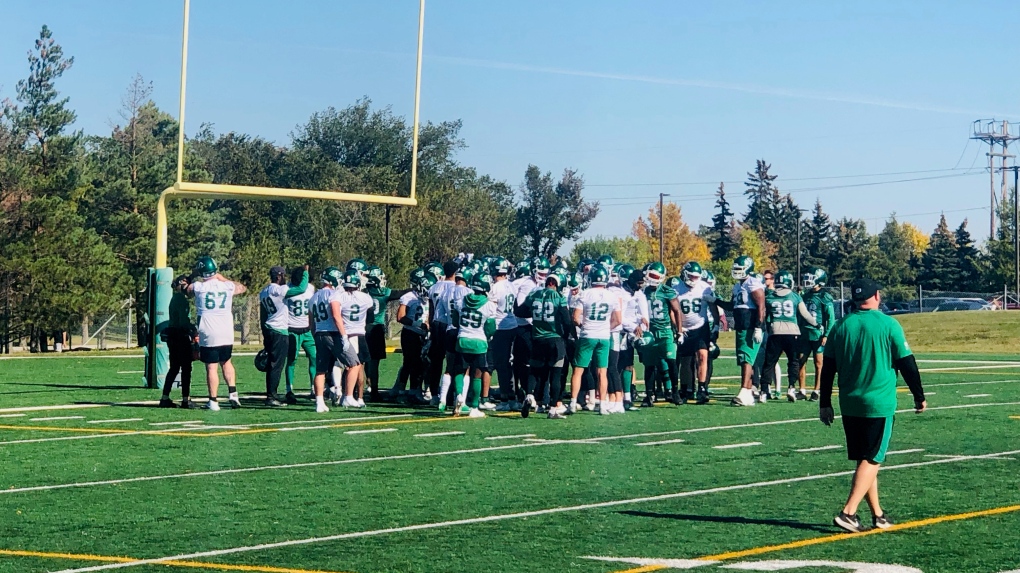 Both Clark and Williams have expressed excitement at getting back in the season as the Riders prepare for their Friday match up against the Winnipeg Blue Bombers. (Brit Dort/CTV News)

Saskatchewan Roughriders offensive lineman Dan Clark and wide receiver Duke Williams are expected to return to the lineup against the Winnipeg Blue Bombers on Friday.

Clark suffered a broken leg in week 2 of the season and has not returned to the lineup since.

“I thought, ‘I don’t know if I can come back from this, I’m too old,’” Clark said. “But what crept into my mind was I survived a car accident and being ejected from that. So a broken leg ain’t nothing.”

“It feels like the old band’s back together,” said quarterback, Cody Fajardo on the news of Clark and other key offensive pieces being back in the lineup.

That includes Terran Vaughn who has also been absent from the Riders’ offensive line for a number of weeks. As well the team will look to add wide receiver, Duke Williams, who has been out dealing with an ankle injury.

Williams has not fully recovered from the injury but wants to make his return to the team to help them in the final stretch of the season.

“I know what type of player I am and whatever I can do to help my teammates, that’s what I’m going to do.”

Clark is also not fully healthy but wants to try and make a return against the blue and gold this weekend.

“We’re going to go though this week and kind of see what happens, how my ankle goes through the situation. But mentally, I’m prepared to play if I need to,” he said.

“Both (Vaughn and Clark) look good. Both of them had a good practice and we’ll see how they feel afterwards. But it looks Ike we’re good to go with those two guys,” said Dickenson.

The Riders’ head coach is also ecstatic about what Williams could do if he returns to the receiving corps.

“It would be nice to put three American receivers out there with the good Canadians we have and really give Cody as many weapons as we can possibly give him,” said Dickenson.

However injuries continue to plague the team as now the running backs have taken another blow. Frankie Hickson is expected to miss the rest of the season with a fractured wrist.

This comes as star running back, Jamal Morrow, has also been out dealing with a broken hand.

The federal government is reviewing an RCMP equipment contract with a company that has ties to China's government, the prime minister said Wednesday.