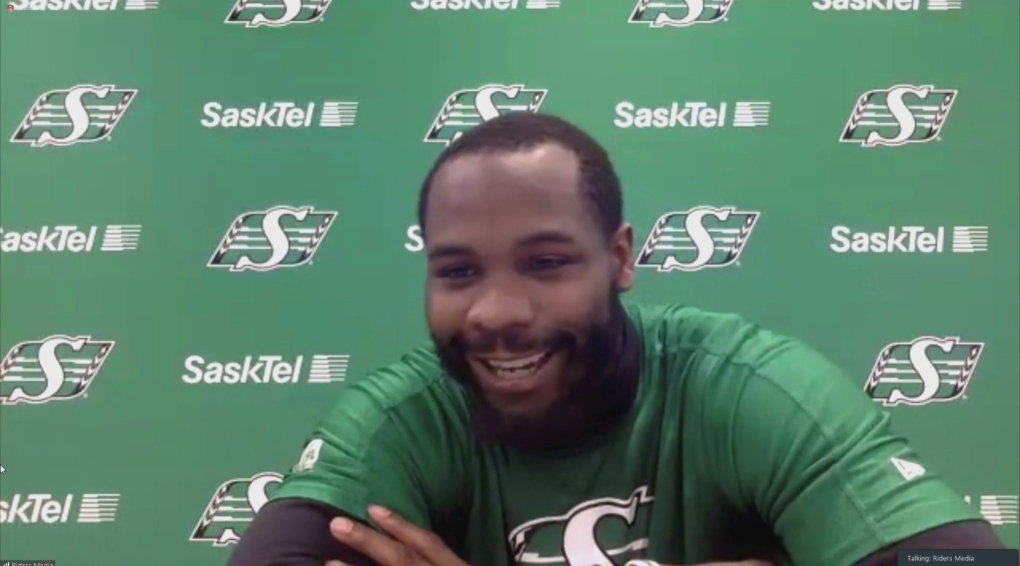 Duke Williams is pictured during a virtual scrum on Oct. 19. (Kaylyn Whibbs/CTV News)

The Saskatchewan Roughriders are on the road in week two, taking on the Edmonton Elks but could be without star receiver Duke Williams.

Williams injured his ankle at practice on Wednesday and head coach Craig Dickenson said he is 50/50 right now, on whether or not he will take to the field Saturday.

Dickenson noted he does have receivers Mitchell Picton or Samuel Emilus among backups for Williams spot as of right now.

“Can we win without him? Yes. But if we have him, it increases our chances,” said Dickenson. “If he feels like he can go (against Edmonton) then we’ll dress him.”

In their two meetings last season, the Riders did come out on top against the Elks. However, only by a small margin in both games.

Linebacker Derrick Moncrief play nine games with the Elks in 2021 where he recorded 23 defensive tackles and four sacks. Moncrief returned to the green and white for the 2022 season. He was with the Riders from 2017-2019 before exploring NFL opportunities.

Moncrief is now preparing to take on his former squad for the first time.

Even though the Elks have low expectations after week one’s outcome, Dickenson will not prepare any different for this contest.

“We need to play our game and we need to understand they’re going to come out with more energy, something to prove, and a little chip on their shoulder,” said Dickenson. “Hopefully we can match it and play one of our better games.”

Quarterback Cody Fajardo threw for over 300 yards and one passing touchdown in week one but is also looking to have a better performance in week two.