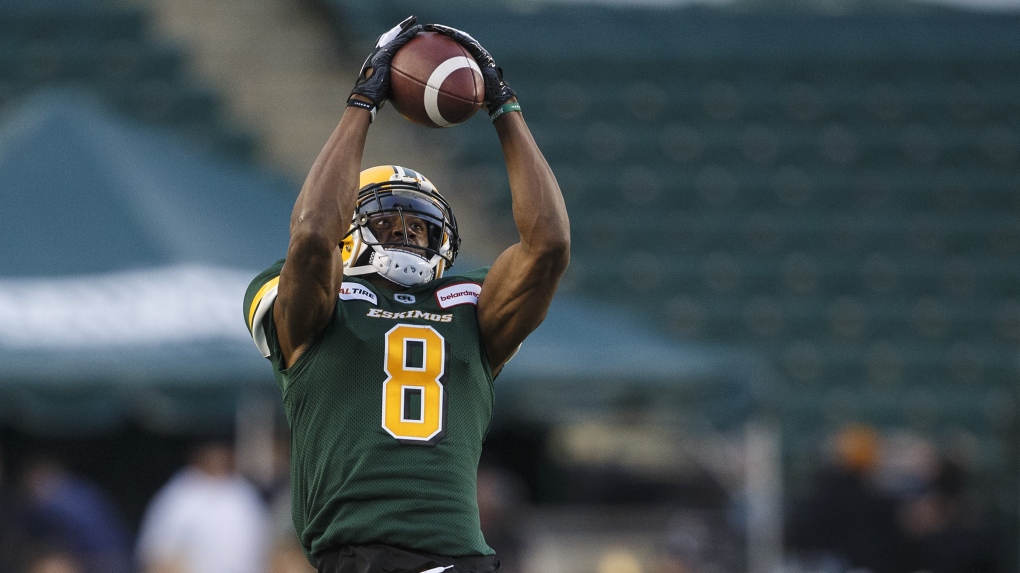 Edmonton Eskimos' Kenny Stafford (8) makes the catch against the Montreal Alouettes during second half CFL action in Edmonton on Friday June 14, 2019.Several CFL general managers were busy on Monday, adding new faces to their rosters.The Saskatchewan Roughriders (4-3) brought in American wide receiver Kenny Stafford, thanks to a trade with the Edmonton Eskimos (4-3). THE CANADIAN PRESS/Jason Franson

The Saskatchewan Roughriders have gained wide receiver Kenny Stafford in exchange for sending Christion Jones to the Edmonton Eskimos.

Stafford is in his seventh year in the CFL. He has played for the Calgary Stampeders and Montreal Alouettes, along with the Eskimos.

Head Coach Craig Dickenson gave an injury update at Monday's practice. Zack Evans is on the six-game injured list after a hip injury.

Craig Dickenson injury updates: DT Micah Johnson is day-to-day and they're hoping he can play in Montreal. DT Zack Evans is on the 6-game injured list, and "has issues with his hip." #riders #cfl