Riders get reinforcements back on defence

Riders get reinforcements back on defence 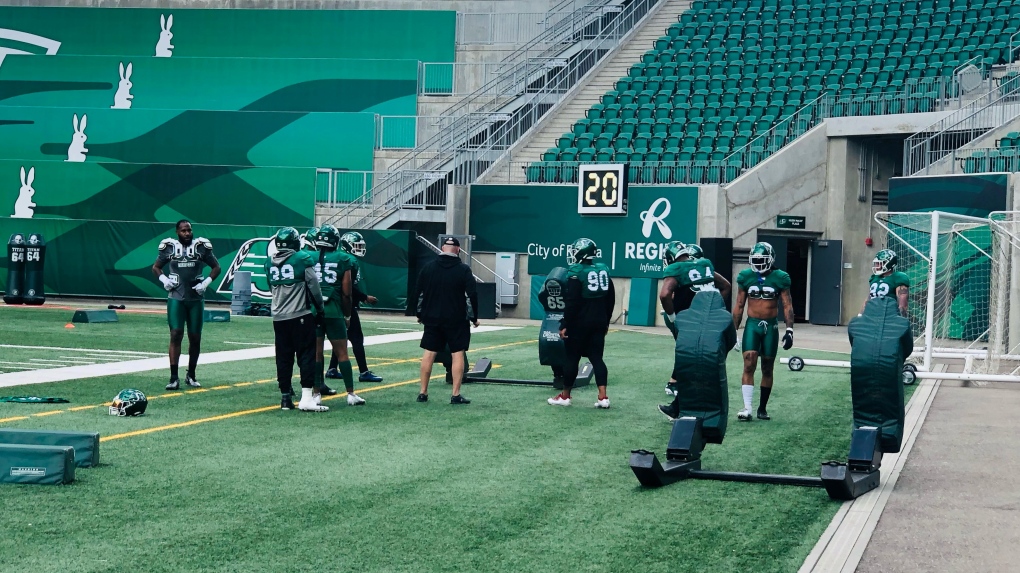 The Saskatchewan Roughriders will have defensive ends Pete Robertson and A.C. Leonard back in the lineup Friday when they take on the B.C. Lions.

Leonard and Robertson both missed the last four games due to injury. Leonard had a shoulder injury and Robertson had a foot injury.

“I feel like we just bring a different energy, us three. We just pick the defence up and we hold everyone accountable,” said Leonard on the three making their return.

Marino was not listed as a starter; however, the team has eight linemen on the game-day roster.

“We’re going to rotate guys. We’re going to try and keep them guessing a little bit on whose coming and from where,” said Dickenson.

The defence knows they will need to up their play against passing leader and highly ranked quarterback, Nathan Rourke, who dominated against the Riders in a 32-17 win three weeks ago.

“We just have to make them uncomfortable the whole game. All four quarters. We can’t just come out in the first half and be dominant. We have to play all four quarters and do what we do,” said Leonard.

“He’s a great player and at the end of the day, you know, I feel like we got a good d-line to put pressure on him. So we want him to move around and he can play with his feet and arm, so we really just have to get him uncomfortable in the pocket. That’s the main goal,” said Robertson.

Despite Robertson missing the last four games, he still remains tied for most sacks this season in the league, with seven.

“For me it’s just about being consistent. Doing what I’ve been doing since the start of the year and trying to help the guys get to the best level of their playing ability,” said Robertson.