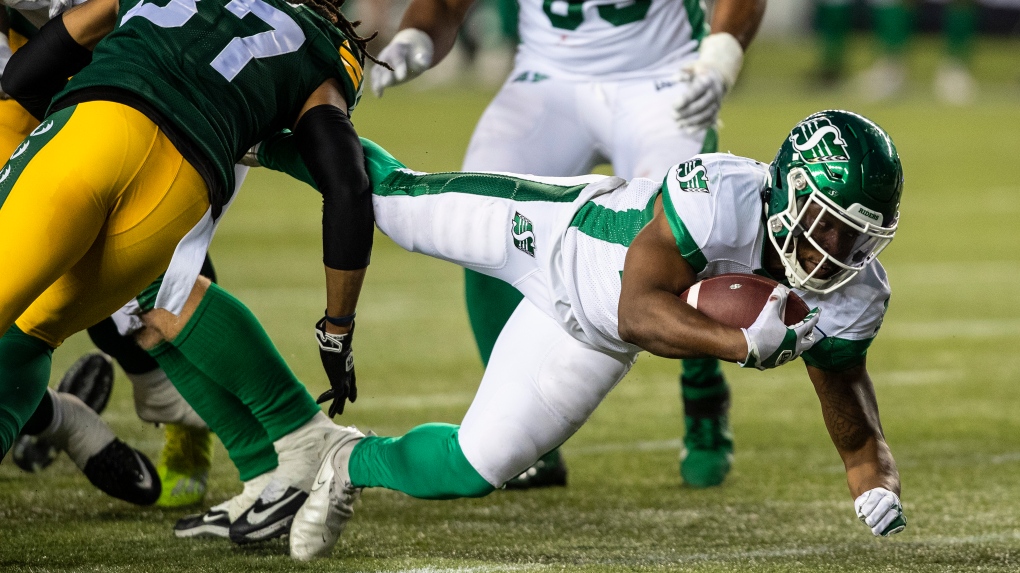 Saskatchewan Roughriders running back Jamal Morrow has been named one of the Canadian Football League’s (CFL) top performers from week two.

Morrow had 17 rushes for 126 yards and one touchdown in the Riders 26-16 win over the Edmonton Elks.

Morrow is in his third season with the Riders and it was the running back’s first career 100-yard game.

Morrow was also the only player with 100+ rushing yards in week two. Overall Morrow had 154 all-purpose yards on 21 touches including four receptions for 28 yards.

It was a strong performance for Morrow who had to take over most of the action on the offence with star receiver Duke Williams out with an ankle injury. The injury saw Mitchell Picton and Samuel Emilus move into the starting lineup and gave Morrow more opportunity to get the ball.

Morrow finds himself alongside two Calgary Stampeders: defensive back Titus Wall and kicker Rene Paredes for the leagues top performers this week.