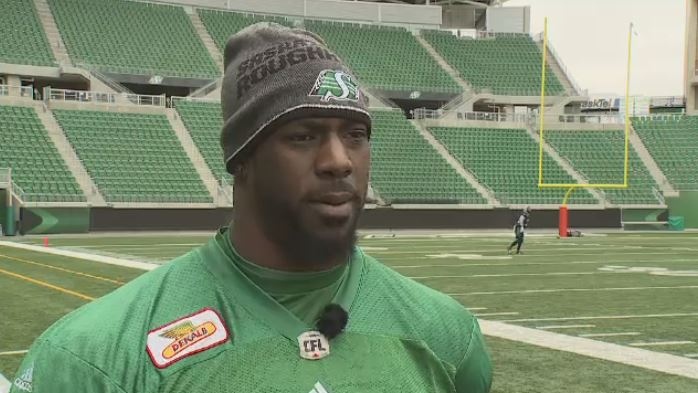 Saskatchewan Roughriders offensive lineman Bruce Campbell has been suspended for the first two games of the 2018 CFL season for violating the league’s drug policy.

Campbell tested positive for the banned substance ibutamoren, a growth hormone. The team said the sample was taken last November.

“I would like to apologize to the Saskatchewan Roughriders organization and my teammates for putting them in this position,” Campbell said in a written statement. “I’d also like to apologize to Rider fans and fans across the league. I take full responsibility for my actions and ensure you it will not happen again. I accept the Canadian Football League decision and will not be appealing the two-game suspension.”

This is the second straight season a Rider player has failed a drug test. Marvin Golding tested positive in a sample taken during the 2016 season.