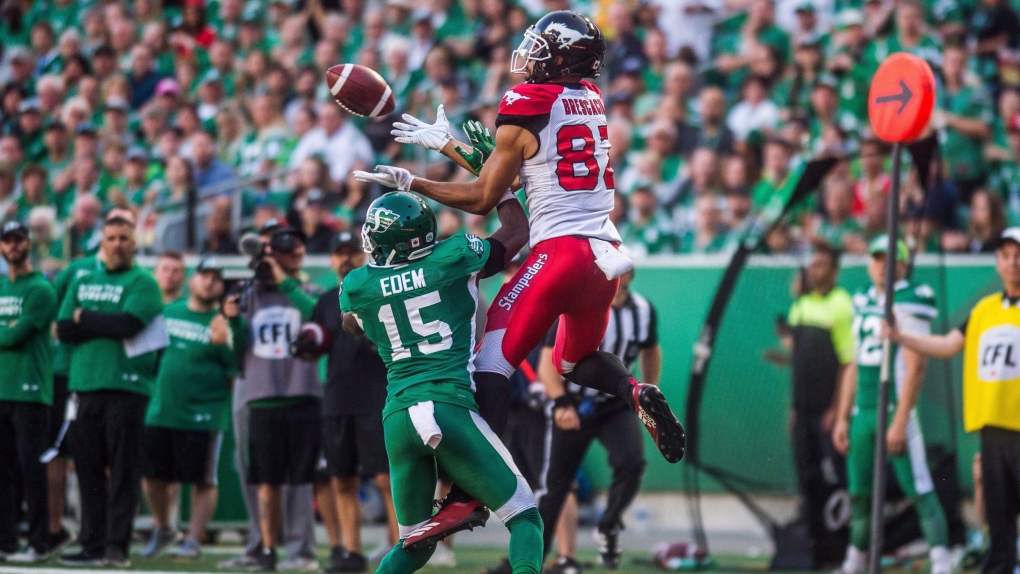 Defensive back Mike Edem has signed a contract extension with the Saskatchewan Roughriders, bringing the veteran Canadian back to Riderville for a fifth season.

The 32-year-old earned a career high 69 tackles in 2019 and was named a West Division All-Star.

He was limited to just five games in 2021 due to injury, but managed 11 tackles and a forced fumble.

Edem, who has become a core piece of the Riders defence, joined the team in 2017 after a trade with B.C.

Back for his 5th season with the Riders.

We have signed 🇨🇦 DB, Mike Edem to a contract extension.

By now it's as predictable as the calls for thoughts and prayers: A mass shooting leaves many dead, and wild conspiracy theories and misinformation about the carnage soon follow. Within hours of Tuesday's school shooting in Uvalde, Texas, another rash began as internet users spread baseless claims about the man named as the gunman and his possible motives.

Eleven newborn babies have died after a fire that broke out in the neonatal department at the Mame Abdou Aziz Sy Dabakh Hospital in the western Senegalese city of Tivaouane, said the country's president Macky Sall on Thursday.

Canada is committing an extra $1 million to help the international community investigate sex crimes by Russian troops in Ukraine. Foreign Affairs Minister Mélanie Joly said Canada would give the extra funds to the International Criminal Court to help it investigate sexual violence toward women, and also crimes against children.

Frustrated onlookers urged police officers to charge into the Texas elementary school where a gunman's rampage killed 19 children and two teachers, witnesses said Wednesday, as investigators worked to track the massacre that lasted upwards of 40 minutes and ended when the 18-year-old shooter was killed by a U.S. Border Patrol team.

Texas school shooting: What we know so far about the victims

Families are sharing photos and stories of their loved ones, who lost their lives in a mass shooting in Texas that killed at least 19 children and two adults on Tuesday afternoon.

Several parts of the country, including British Columbia and Canada's Maritime provinces, are likely to see wetter-than-normal conditions this summer, according to AccuWeather's annual summer forecast.

The Public Health Agency of Canada says it has now confirmed a total of 16 cases of monkeypox in the country, all in Quebec.