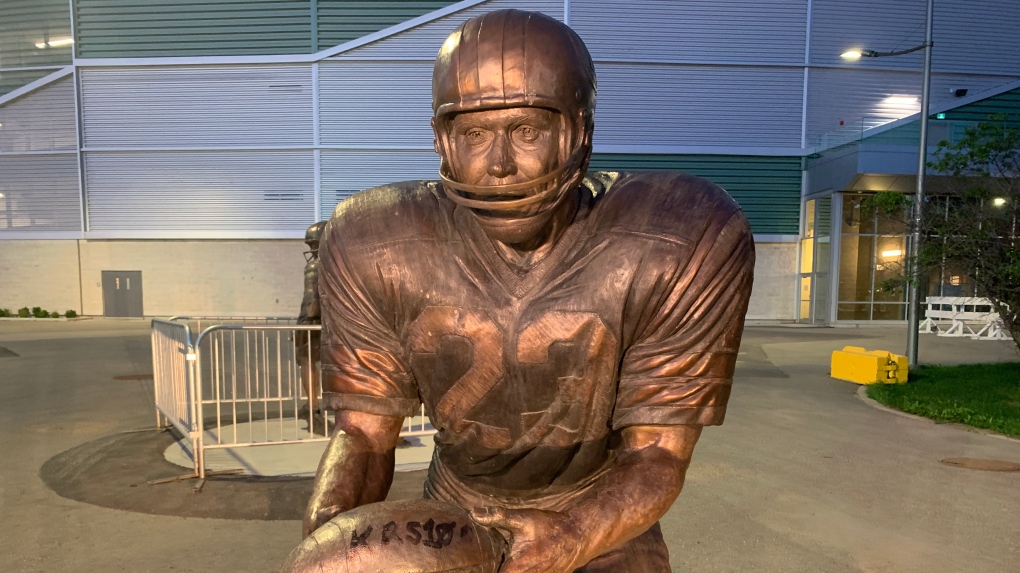 REGINA -- A statue of one of the Saskatchewan Roughriders most iconic players has been vandalized. 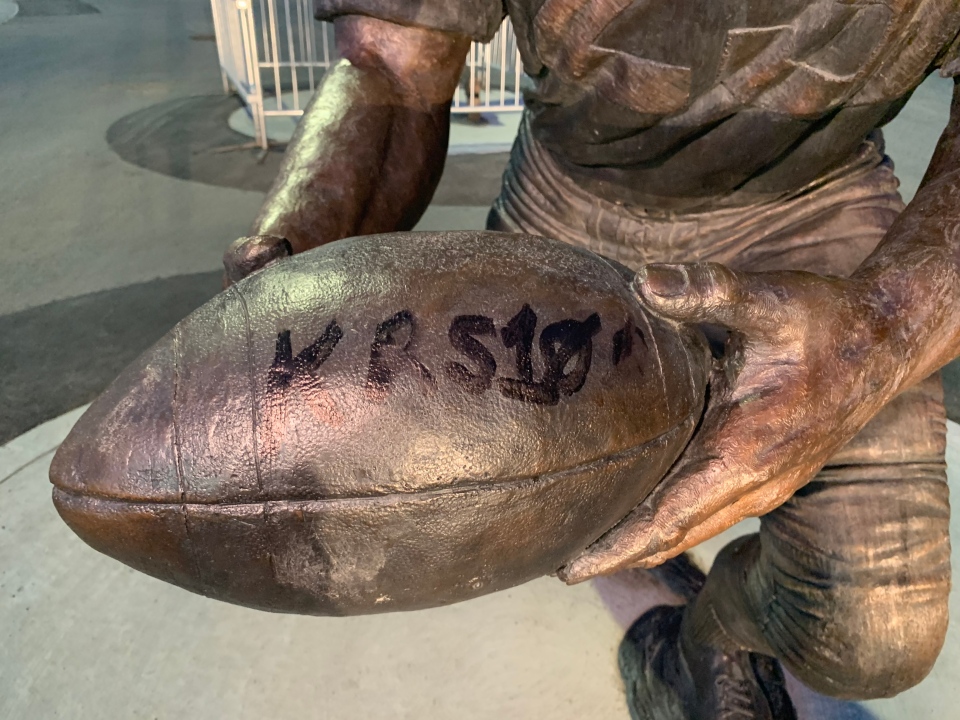 Lettering was scrawled on the football Lancaster is holding. The graffiti was noticed on Wednesday afternoon.

Lancaster was the starting quarterback for the Riders for 16 seasons, leading the team to its first Grey Cup championship in 1966.