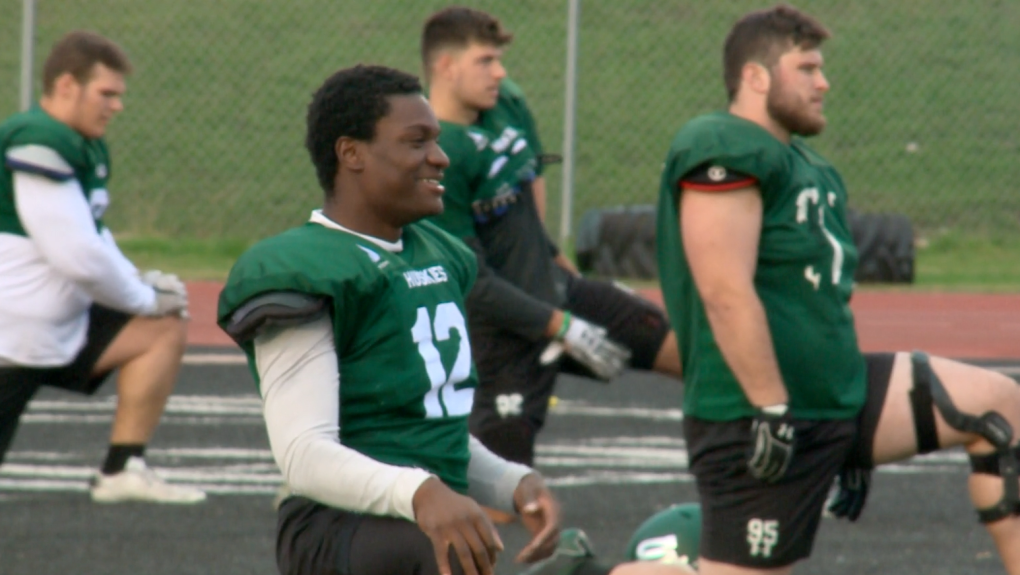 REGINA -- The Saskatchewan Roughriders have selected defensive back Nelson Lokombo second overall in the 2021 CFL Draft.

“I don’t know how to descibe the emotions. I’m still kind of in shock,” Lokombo said moments after being drafted. “It was all positive, I was very excited, I didn’t really see that coming.”

The University of Saskatchewan Huskies' product was named the USports Defensive Player of the Year in 2019. He played halfback with the Huskies.

“The coaching staff already know how they want to use me and I’m excited to get going,” Lokombo said. “I know that my meeting with them went well, I just wasn’t sure if they were going to pick me but I’m glad that they did.”

“It’s going to be cool to see my brother on the field and not on the bleachers,” Lokombo said.

Lokombo has attended a few games at Mosaic Stadium, making the trip down from Saskatoon. However, Lokombo was born in B.C. and lives and trains in Abbottsford.

“The love of the game is huge out [in Saskatchewan]. I’m excited to be able to stay here and not to be too far away from my alma mater.”

This marks the second straight year that the Riders have selected a member of the Huskies in the first round, after selecting offensive lineman Mattlund Riley seventh overall in 2020.

“It’s cool to have a few guys that I know on the team because I played for Saskatchewan in the past, so that’s nice to be around,” Lokombo said.