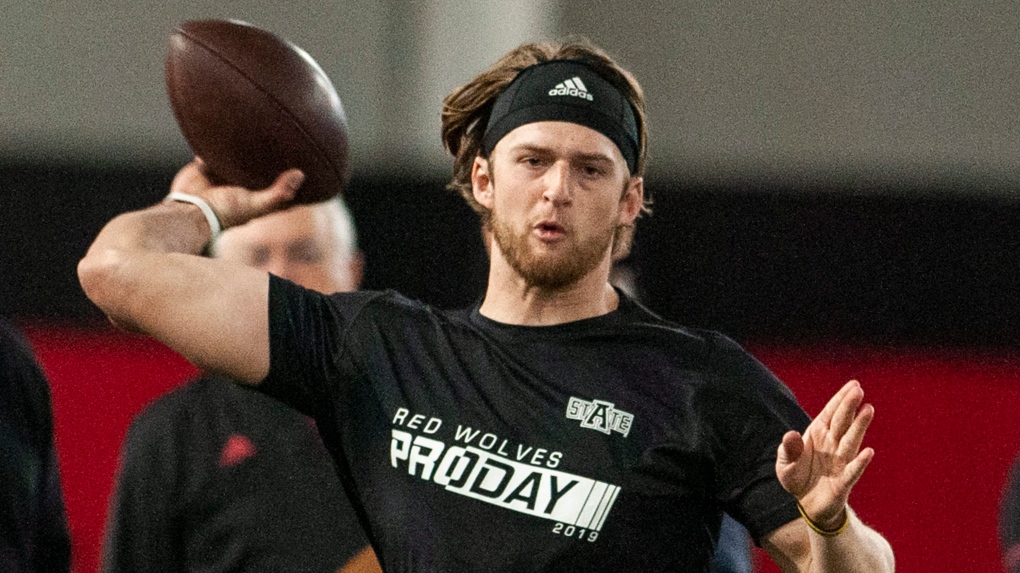 Hansen was on the San Diego Chargers practice roster and played three seasons with Arkansas State in college.

Backup quarterbacks Isaac Harker and Bryan Bennett both played in that game, leading the Riders to a division-clinching 23-13 win over the Edmonton Eskimos.

On Thursday, Fajardo told reporters he plans to start in the West Final "no matter how painful" it is.

#Riders QB Cody Fajardo is at practice, and even touching a football. He hasn’t thrown one yet, but he’s assessing postures, talking with OC Stephen McAdoo, and seems to be feeling things out. #cfl @ctvregina pic.twitter.com/LJkL2IbbV7

The Riders will host the winner of the Western Semi-Final, the Calgary Stampeders or the Winnipeg Blue Bombers, at Mosaic Stadium on Nov. 17.