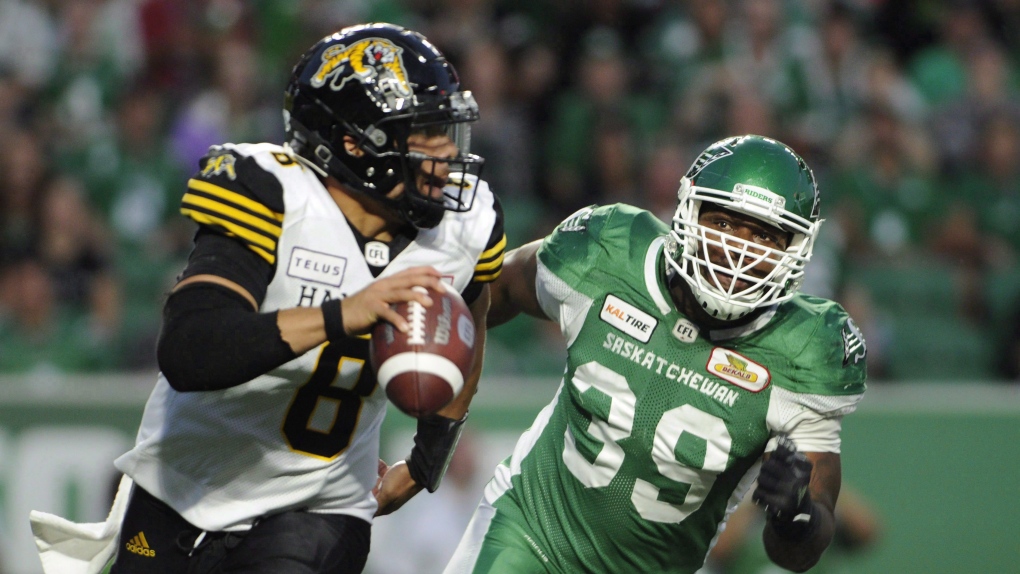 TORONTO -- A Saskatchewan Roughrider and two Hamilton Tiger-Cats are the CFL's top performers for September.

Hughes had 11 tackles and five sacks in September.

Addison had 27 catches for 497 yards and four touchdowns as the Ticats went 3-1 in September.

Evans has led the Ticats to two straight road wins and has Hamilton on the verge of clinching an East title following a season-ending injury to starting quarterback Jeremiah Masoli.

This report by The Canadian Press was first published Oct, 2, 2019.