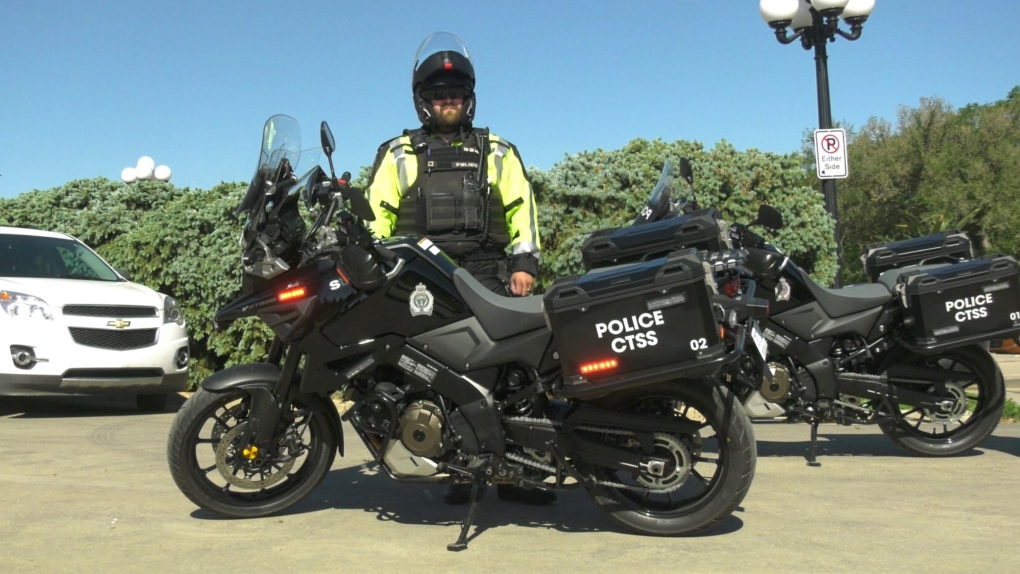 The Regina Police Service has added two new motorcycles to their fleet.

The provincial government and SGI purchased the bikes in an attempt to combat the increasing issue of distracted driving in Saskatchewan.

In May of this year alone, over 750 tickets were issued to drivers in the province. The Minister Responsible for SGI, Hon. Don Morgan explained that this recent purchase should provide a better way for officers to catch offending drivers.

“They’re a little more discreet. If you’re on your cellphone, the vehicle that may come up next to you will not be sitting down low, it will be high enough that they’ll be able to see inside and using your phone so I’d encourage people to not do it anymore because we still have way too many accidents,” he said.

The total cost of this project including the two bikes and equipment totaled approximately $100,000. The cost was split equally between SGI and the Criminal Property Fund.

Officers on the bikes will be hitting the streets and highways beginning this week.

The ingredients in a 2,300-year-old ancient Chinese chemistry formula have finally been identified, revealing new secrets about metallurgy in ancient China.