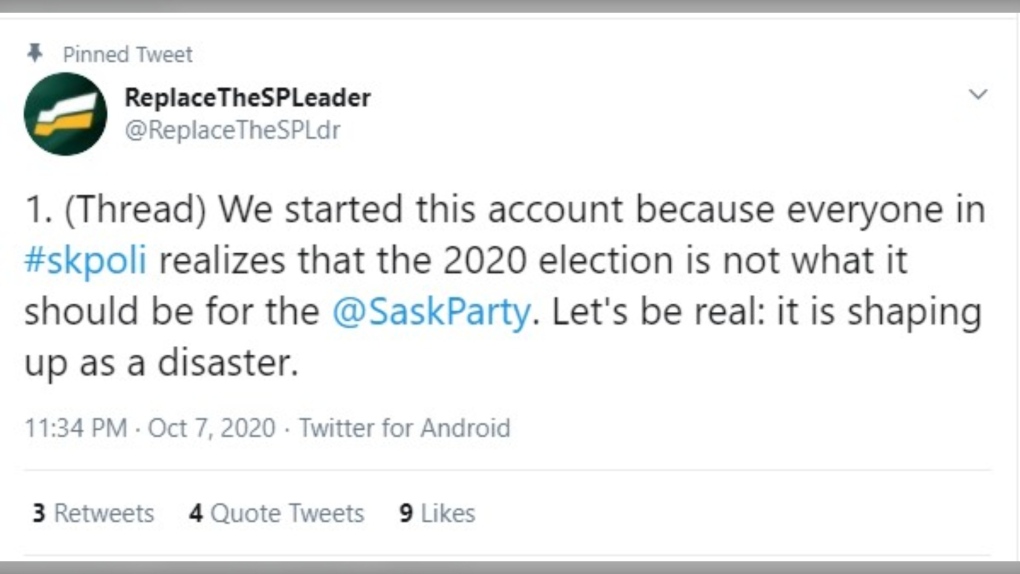 The account, originally named ‘AlannaForLeader’ but later changed to ‘ReplaceTheSPLeader,’ bills itself as a group that is “for Sask Party members working to change the current leadership of the Sask Party.” (Screengrab/Twitter)

REGINA -- A Twitter account is raising questions about the Sask Party campaign, but also whether the account truly represents defected supporters or is run by the party’s political foes.

The account, originally named ‘AlannaForLeader’ but later changed to ‘ReplaceTheSPLeader,’ bills itself as a group that is “for Sask Party members working to change the current leadership of the Sask Party.”

The account, which says is not representative of anyone, charged that the election is “shaping up as a disaster” for the Sask Party.

On Twitter, it said the party will lose seats to the NDP and possibly to the Buffalo Party in rural Saskatchewan. 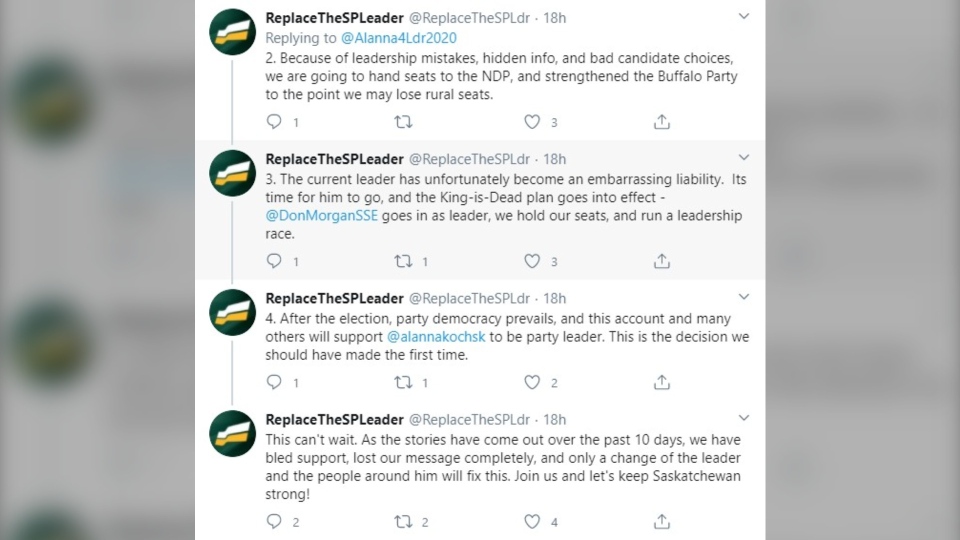 The account charged the Sask Party is in danger of losing seats to the NDP and the Buffalo Party. (Screengrab/Twitter)

It pointed to Sask Party Leader Scott Moe’s impaired driving charge that was later dropped, as well as the collision he was involved in where a woman died, as being an “embarrassing liability.”

The account said it would support Alanna Koch as a new leader if Moe were to be replaced. Koch formerly ran for the leadership in 2017 after former Premier Brad Wall stepped down.

She claimed it is run by “NDP leftists & troublemakers,” and has asked Twitter to delete the account.

“They had the gall to include my family photo, which has now been taken down,” Koch tweeted. “I support Premier Moe & the Sask Party!”

It isn't clear who is actually running the account. 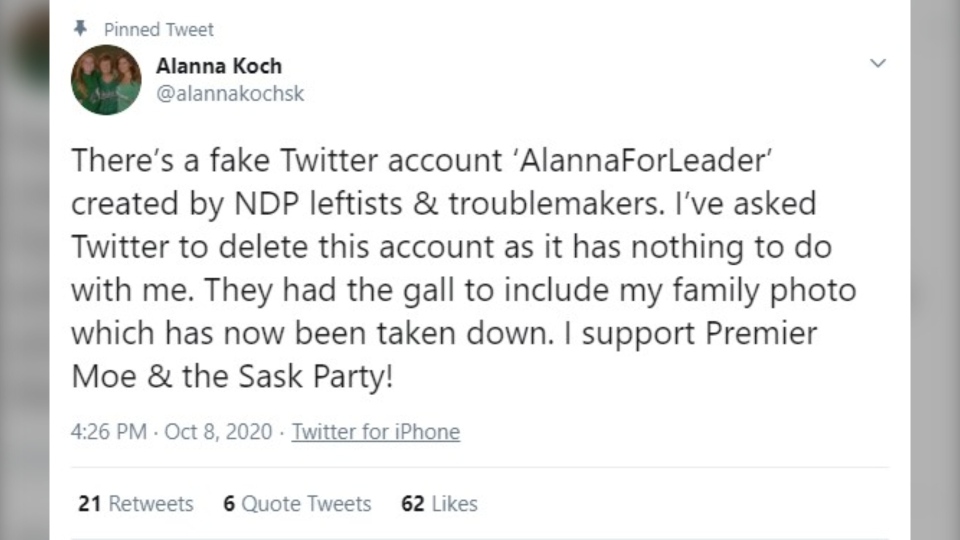 In response, the ReplaceTheSPLeader account apologized for using her photo and said “we really do support you for leader.”

It said “we stand by our Tweets, we need to replace the leader immediately.”

In an emailed statement, the NDP said it learned of this Twitter account at the same time as everyone else.