REGINA -- The family of a man who died by suicide in May is suing the Saskatchewan Health Authority (SHA) and the government.

According to a statement of claim filed Friday by lawyer Tony Merchant, the parents of Samwel Uko, are suing under The Fatal Accidents Act. The family is seeking damages for bereavement, grief counselling and loss of future financial support.

Uko died on the evening of May 21, 2020 after he was twice turned away from a Regina hospital for seeking mental health care.

Rescue crews recovered Uko’s body from Wascana Lake, and his family believe his death to be the result of suicide.

Merchant’s statement of claim alleges the SHA’s failure to:

The statement also alleges that the SHA implemented inadequate policies, practice, procedures and operations to deal with vulnerable patients.

The statement says the SHA “ought to have known that these actions and omissions were of a kind reasonably capable of causing damages to patients struggling with mental health issues, like Samwel.”

Merchant wrote that the province failed to protect Samwel in his most vulnerable state.

None of the allegations have been proven in court and the SHA is yet to file a statement of defense.

CTV News Regina reached out to the SHA for an additional comment, however it advised it will not comment on an active legal file.

UKO TURNED AWAY FROM HOSPITAL TWICE

SHA documents show that on Uko’s first visit to hospital on the day of his death, he described chronic pain from a previous car accident he was involved in. He told medical staff he only slept a few hours each night since the car accident, and that he struggled with existing depression.

Uko told medical staff he was not experiencing suicidal thoughts on his first visit, and staff determined it was safe for him to go home. He was provided with medication, a referral to the Mental Health Clinic, contact information for Mobile Crisis and urged to return to hospital if he felt unsafe.

Uko’s uncle, Justin Nyee, told CTV News Regina that his nephew was taken to hospital for the second time by police around 5 p.m. on May 21, after he had called 911 in an effort to seek mental health attention.

The hospital had Uko escorted out by security. 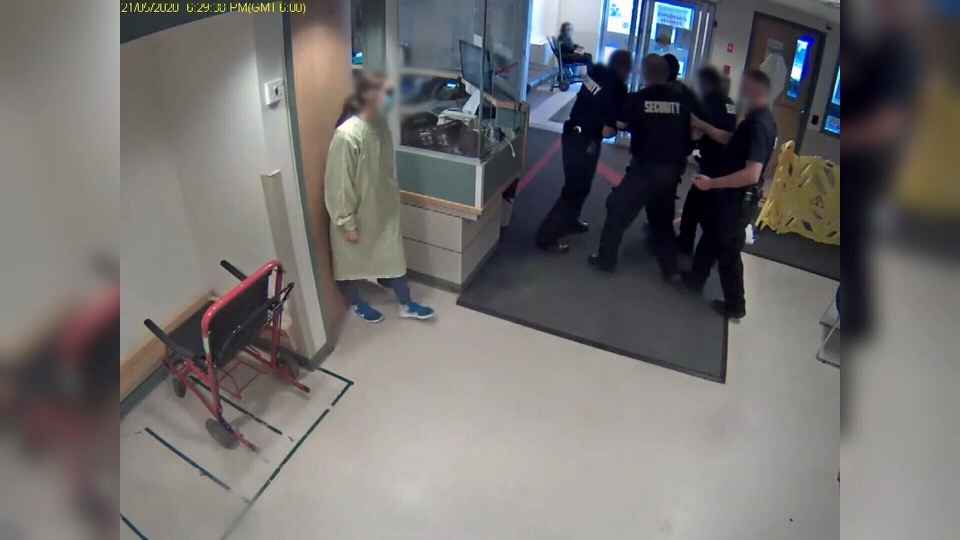 Video given to CTV News by Nyee shows security footage from Uko’s interactions with hospital staff. He is shown being removed from the hospital.

SHA CEO Scott Livingstone said it was not one factor that lead to Uko’s death, but multiple factors including:

Livingstone also said that SHA officials were in Abbotsford, discussing these points with Uko’s family.