REGINA -- A Saskatchewan alpaca has found internet fame after a video documenting his ride through Regina in the back of a truck was viewed thousands of times online.

Raquel Klassen was driving down Albert St. in Regina when she saw the head of an alpaca sticking out the back window of a truck. She decided to snap a quick video of the unique road trip.

“I’m just so glad I whipped out my phone and started videoing it,” Klassen said.

The video was uploaded to TikTok and has been shared more than 130,000 times.

The alpaca in the video is named Chewy, which is short for Chewbacca the Alpaca. 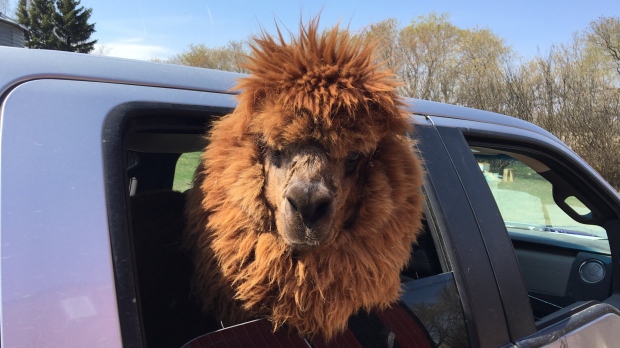 Chewy the alpaca sticks his head out of his owners truck, on a farm outside of Regina. (Gareth Dillistone/CTV News)

“It brings joy to everybody’s face,” said Buttigieg. “Come on, you’re driving down the street and you look over and you’re stopped on Albert Street and Victoria Avenue and there’s an alpaca staring at you. The alpaca’s have a natural smile to begin with.” 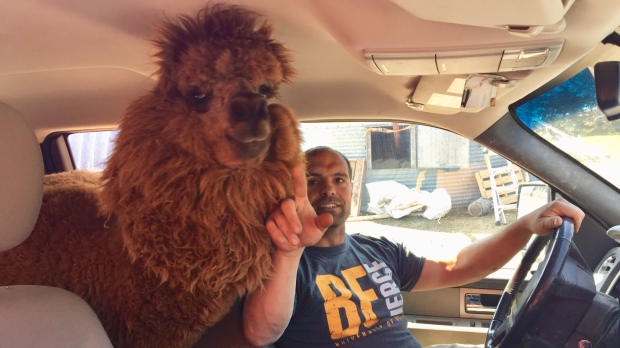 Josef Buttigieg and his alpaca Chewy have been taking road trips into Regina to try and brighten people's days. (Gareth Dillistone/CTV News)

Since Chewy became an internet sensation, Buttigieg says the fame has been going to the farm animal’s head.

“Chewy is a bit of a primadonna,” Buttigieg laughed. “He knows he’s famous and the attitude is, he’s a little princess. He’ll come whenever he feels like it.”

Buttigieg says Chewy enjoys the truck rides and that he’s just like having a dog in the backseat.