A Saskatchewan author is writing a book featuring an historical account about a devastating military plane crash that shook the Estevan community more than 70 years ago.

Marie Donais Calder's next book tells the stories of the 21 veterans who died in a plane crash outside of Estevan almost one year after WWII ended.

The book is titled “Together Forever in the Clouds” and it tells the stories of the 21 airmen who died when the Dakota 962 plane they were in crashed near the Estevan airport in 1946. 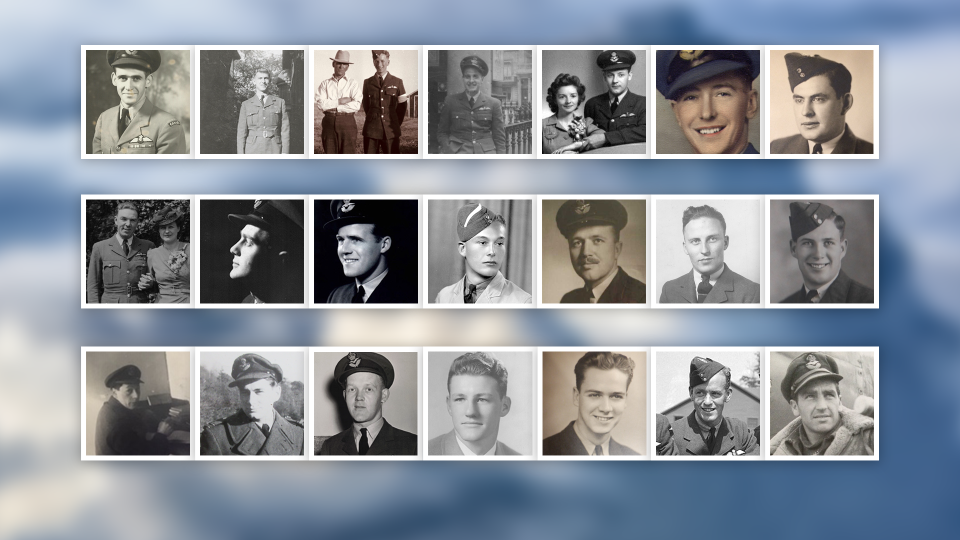 Calder has written 25 other books about the war, mostly focusing on her father's service. During her research, she learned about the devastating plane crash that took place September 15, 1946.

Donais Calder and a few other members of the community wanted to know about the men who died in the crash and they spent a few years tracking down the men and their families.

"I didn't just want to write about 21 RCA Airmen on a technical basis," Donais Calder said. "I wanted to write about them, the people. So to find 21 families was amazing."

On September 15, 1946, 20 pilots and one mechanic were returning to the British Commonwealth Air Training Plan (BCATP) base outside of Estevan after returning planes to the United States.

The U.S. loaned the planes to the BCATP in 1940 to build up its fleet of training planes.

"Britain was at war, its back was to the wall," Will Chabun, a Member of the Canadian Aviation Historical Society, said. "Franklin Roosevelt, the President, struck a deal whereby aircraft and weapons could be sent to Britain on the provision that they be returned when the war was over. As a result, the Royal Canadian Air Force had to spend a lot of time and effort flying some of its aircraft back to the United States, and that's what the pilots were doing."

The 21 airmen left Minot, North Dakota, but while in the air, the pilot noticed an elevator lock was not removed before take-off.

"Somebody forgot to remove the control lock on the rate elevator," Chabun said. "Control locks are there to keep the elevator and other movable surfaces from flexing in the wind and stretching the control to tables which could be very serious. Nobody checked that day the aircraft took off. It got to Estevan. They couldn't make a good landing." 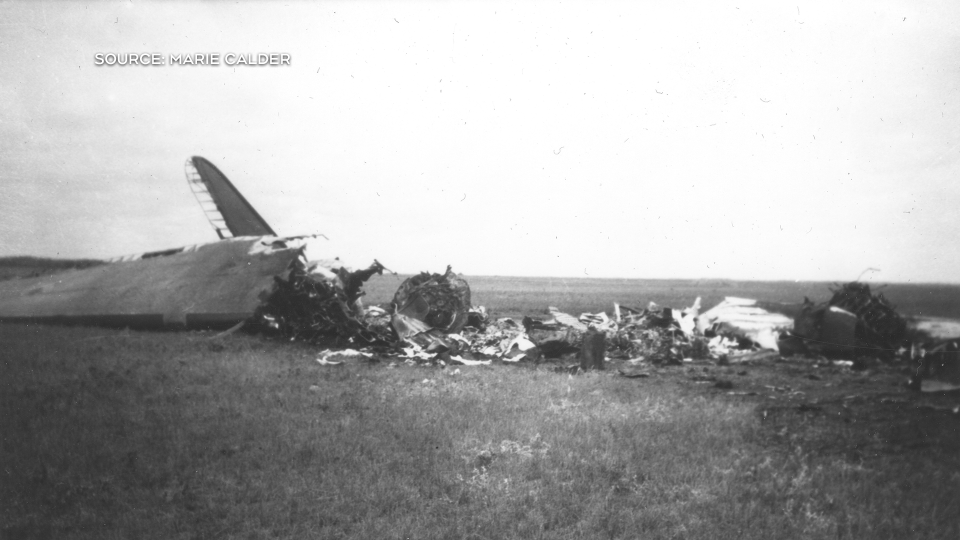 None of the men killed were from Estevan, but the community held a massive funeral for them. The funeral procession took the caskets through the community before they were loaded on rail cars and transported to the deceased's home communities.

Flying Officer William Perry was one of the men who died in the crash. His son, Jack Perry, said his father died at the age of 26.

Jack said the death of his father was traumatic for his mother as "they were very much in love."

"My mother was left with me, I was two-years-old at the time," Jack said. "She would have widow and back in those days it was quite a bit more difficult to be a woman raising a child much more so than it is today."

Diane Primeau's uncle, Flying Lt. William Weicker, also died in the crash. Primeau was six-years-old when her uncle died and describes it as "a bad accident."

Primeau said her grandmother had previously lost her youngest son Carl Weicker in the war. Carl died in a plane crash in Germany.

"Bill going to the war and then, in this tragic accident was killed," Primeau said. "I can't imagine. I'm sure she was devastated."

The goal of Donais Calder and others in the community is to remember this horrific accident.

In 2018, Alberta artist, Darren Jones, created a wooden statue paying tribute to all 21 men who died that sits outside of the Estevan Regional Airport (YEN). Jones carved all 21 faces of the men who died as well as one blank face to represent all veterans who have died serving.

The deadly crash isn't that well known throughout the province of Saskatchewan or even in the community of Estevan. Chabun said that may be because of the immense loss the Air Force lost throughout the war and that this crash happened just over a year since the war ended.

"There were nights when the Air Force lost 100 men on bombing operations or coastal patrol operations," Chabun said. “The next night, another 100 would be killed. It seemed to me that people got numb to the heavy loss of life.”

“People put it behind them because it was an unpleasant memory. As horrible as it was, it pales in comparison with the losses that had been endured during the war. In the course of six years of war, the Air Force alone lost 17,000 personnel."

Together Forever in the Clouds is expected to be released in the spring of 2021.