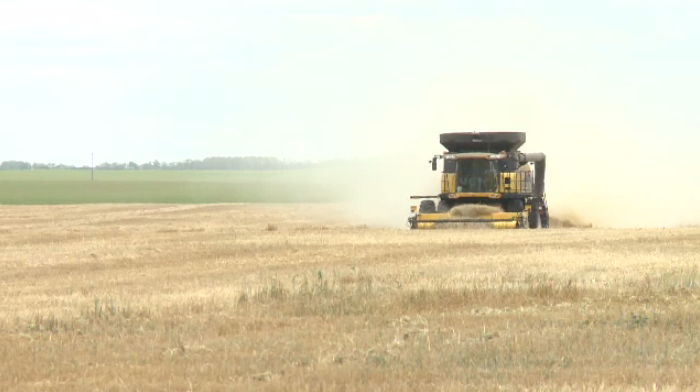 REGINA -- Some farmers across Saskatchewan have begun harvesting crops, while others will soon begin harvest within the next week or two.

According to the province’s latest crop report, warm weather this past week helped crops grow, with most farmers estimating their crops are at their normal development stage.

The agriculture ministry said there was minimal rainfall throughout Saskatchewan. Some areas received no rain.

It said rain would be welcome in many areas because cereals and pulses are in the seed filling stages.

Cropland topsoil moisture is rated as 57 per cent adequate, 33 per cent short and 10 per cent very short, the ministry said.

Hay and pasture land topsoil moisture is rated as one per cent surplus, 44 per cent adequate, 36 per cent short and 19 per cent very short.

The majority of crop damage this week was due to heat, dry conditions and wind.

Some farmers have reported heat blasting in canola and rapid progression through the flowering and ripening stages.

Insects such as grasshoppers, bertha armyworms, aphids and diamondback moths, as well as diseases, have also damaged crops.