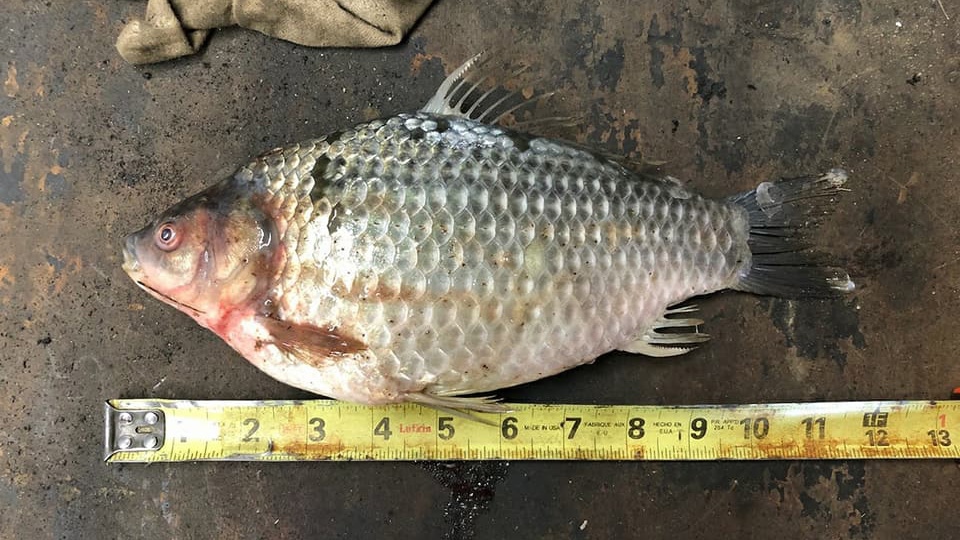 REGINA -- The province has launched a new strategy to combat invasive aquatic species in Saskatchewan.

The new strategy will help prevent, address and manage invasive species, the province said in a news release.

This comes after a new member of the carp family was detected in Saskatchewan waterways.

Prussian carp look like oversized goldfish and have similar traits with the carp found in Regina’s waters, but they don’t grow as big and are silver in colour.

“Prussian carp don’t have barbells or whiskers at the corner of their mouth, whereas common carp will,” said Shayna Hamilton, masters student in biology at the University of Regina.

This species of carp was initially detected in Alberta.

Hamilton said, “they were only discovered here in 2018, and we essentially know a lot about their history in Europe and Asia, but we know almost nothing about them in a North American context.”

The strategy was announced at the Saskatchewan Wildlife Federation’s Annual Convention on Thursday.

“This strategy emphasizes the need for collaboration and co-ordination with provincial and federal government agencies, non-government organizations and neighbouring jurisdictions to prevent the introduction and spread of high-risk aquatic invasive species,” Minister of Environment Dustin Duncan said in a news release.

The strategy focuses on prevention through education awareness, legislation like a prohibited species list and a recent change in requirements for watercrafts.

When it comes to invasive aquatic species already in the province, like carp, the Ministry of Environment says the strategy helps find ways to control and potentially remove the species through collaboration with researchers like Hamilton.

“To look at this species, to evaluate what the risk this species of this species is and putting in appropriate management tools to ensure we’re doing our best to limit the impact this species has to our game fish around the province.” said Fisheries Unit Manager with the Ministry of Environment, Matt Tyree.

Samples of the Prussian carp are being studied and Hamilton hopes that by this time next year, she will have some answers on how the species is affecting Saskatchewan’s ecosystem.

The ministry is also working with the Saskatchewan Wildlife Federation on the aquatic invasive species task force.

Invasive species like zebra and quagga mussels threaten lakes and rivers in western Canada, the province says. The ministry says it's focused on education and awareness to stop the spread of invasive species.

The province is also partnered with the Canada Border Services Agency and other provincial and territorial governments to continue prevention efforts.