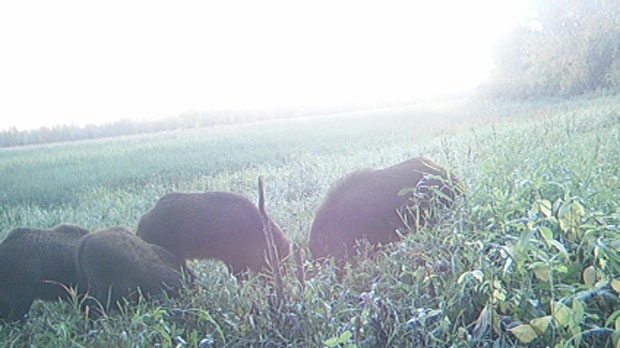 The province has declared open season on wild boars. The animals can now be hunted in Saskatchewan without a license.

Wild boars have been reported in more than 60 rural municipalities across southern Saskatchewan, and have reportedly damaged golf courses, crops, and have harassed humans and livestock. They can also transmit diseases to domestic hogs.

“Free-ranging or feral wild boar have the potential to become a serious provincial problem,” Environment Minister Herb Cox said in a written release. “These amendments address ongoing concern for public safety and protection of wildlife and habitat.”

The boars originated in Asia and Europe, but were brought over to Saskatchewan in the late 1970s as domestic livestock. They escaped from the farms, and have been thriving in the province ever since.

Anyone wishing to hunt wild boars must still maintain safety expectations, such as asking for permission before hunting on private land, and not hunting along roads.