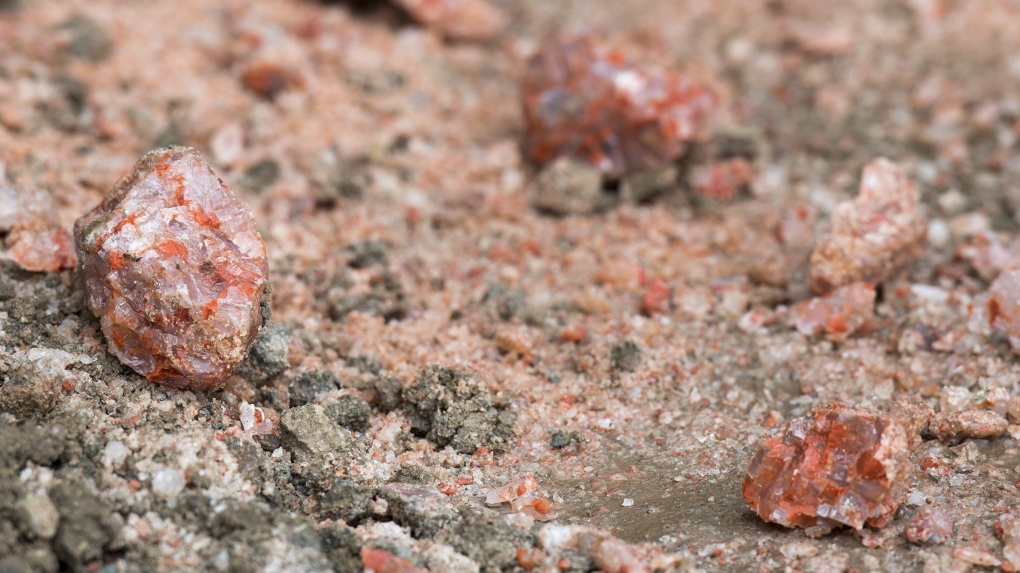 Pieces of potash are shown at a surplus pile in Esterhazy, Sask. on Wednesday, May 3, 2017. THE CANADIAN PRESS/Liam Richards

The SPPA’s three producing members, Nutrien, Mosaic and K+S Potash Canada, are all also members of the SMA.

“Member companies felt that continuing with a separate industry association for potash was no longer necessary and therefore we have worked with the SMA to assume the SPPA responsibilities”, said Sam Farris, the SPPA’s board director in a release. “We believe the amalgamation of responsibilities through the SMA will create efficiencies and reduce overlap between the two associations.”

“We look forward to undertaking the additional responsibilities that will be transitioning to the SMA from the SPPA and continuing to effectively represent these members’ interests”, stated SMA Chair Tammy Van Lambalgen.

The SPPA was created in 1983 when potash mining was still a developing industry in Saskatchewan and served as a voice for discussions with government when the industry consisted of a number of smaller players.