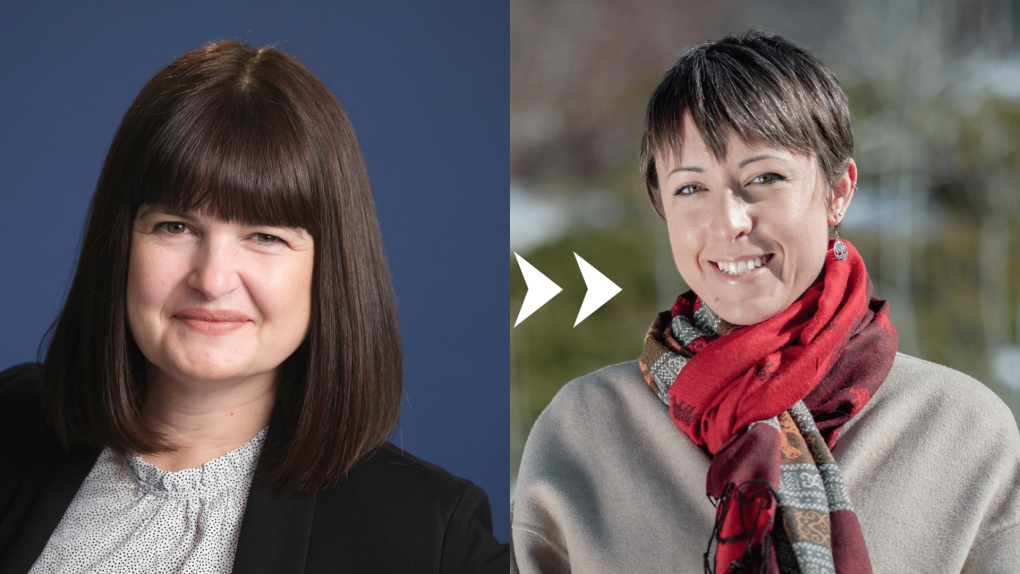 Sask. NDP leadership candidates Carla Beck and Kaitlyn Harvey. The leadership race will be decided on June 26 at the party's convention, held at the Delta Hotel in Regina. (Source Kaitlyn Harvey/changestartshere.ca and Carla Beck/carlaforleader.ca)

The Saskatchewan NDP will elect its next leader at a convention on Sunday.

The NDP is holding its convention at the Delta Hotel in Regina.

Vote results are expected to be announced around 3:40 p.m., with the new leader speaking shortly after.

Former leader Ryan Meili is also scheduled to address the convention in the afternoon.

Meili stepped down as both leader and MLA of Saskatoon Meewasin at the end of the spring legislative session.

A Saskatoon mother who stands accused of faking her own death, as well as her son's, and illegally entering the U.S. is defending her actions.

A man has pleaded guilty to uttering a threat against Prime Minister Justin Trudeau during a campaign stop in Cambridge last year.

Doctors are among those calling for tighter regulation of sodium nitrite as a growing number of Canadians are dying after intentionally ingesting unsafe quantities of the common food preservative in its pure form.

Donald Trump 'took the Fifth.' What does it actually mean?

Former U.S. President Donald Trump showed up Wednesday for questioning under oath in New York's civil investigation into his business practices. But he quickly made clear he wouldn't be answering.

B.C. actress hit in the chest by bullet in L.A. shooting last month

A B.C. performer is recovering after taking a bullet to the chest in Los Angeles last month.

A B.C. man who admitted to attacking his pet kitten so brutally the animal had to be euthanized has been sentenced to spend four months behind bars.