The Saskatchewan New Democratic Party has elected Carla Beck as its new leader.

Beck becomes the first woman leader of the party, with hopes to become the first female premier of the province. She has been an MLA for Regina Lakeview since 2016.

She described her history-making win as "special" and "an honour."

“It’s exciting, I’m not sure if it’s fully sunk in yet,” Beck told reporters after the results were revealed. “Mostly I’m excited and eager to do the work that’s in front of us, and thankful for the team that we’ve got around us.”

“Friends, I am so excited abut the future and the change we have to deliver with the Saskatchewan people again, and I also feel a great deal of responsibility to get this right,” she said during her acceptance speech.

The party announced the results at a leadership convention in Regina on Sunday.

Beck said the party is having a celebration on Sunday night, but will be back to work with a caucus meeting on Monday.

'WE NEED TO DO BETTER'

“We ran a hard campaign, we worked everyday to put forward our message to Saskatchewan: to save it we need to do better,” she said, after the votes were read.

“I’m so proud of everything we’ve accomplished in this short period of time and I’m happy for Carla, she’s going to be great, I’m happy to see where she takes the party.” 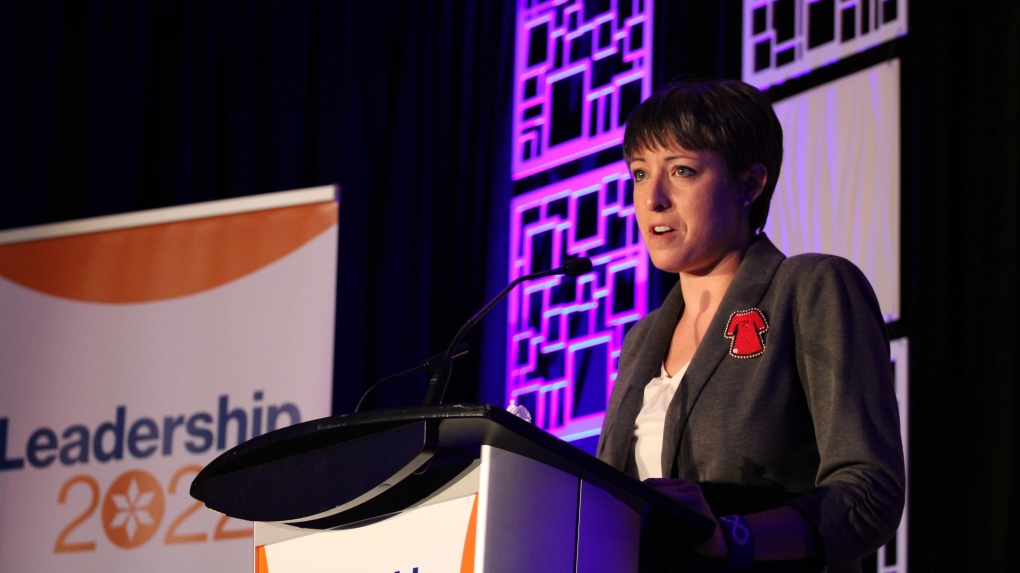 The environment and climate change, as well as Indigenous justice policies, were two key focuses of her campaign.

Harvey said she still intends to run in the byelection for the vacant Saskatoon Meewasin seat, previously held by former leader Ryan Meili.

Meili praised a “positive leadership race” and said he is thrilled for Beck and looks forward to supporting her.

He preached party unity during a speech on Sunday afternoon before the votes were revealed. Meili encouraged NDP members to support the new leader fully, no matter if they voted for them or not.

“Be there to build up that new leader. Support her. Invite her opponent and her supporters into the project, organized and working together,” he said.

“There’s nothing Scot Moe and the Sask. Party will rejoice to see more than a divided NDP. And there’s nothing more powerful than the people’s party working together as a team.” 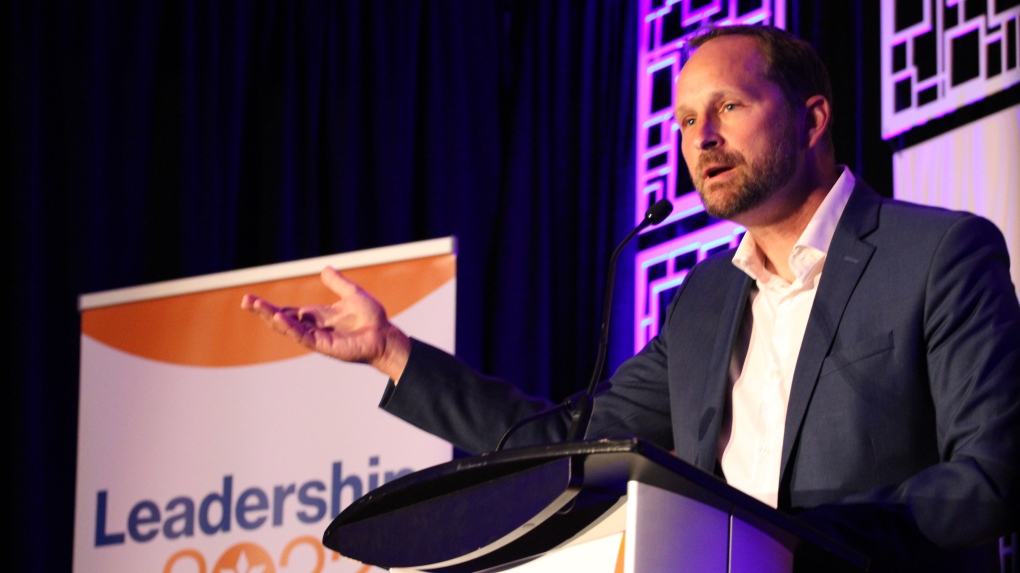 Beck also emphasized party unity in her remarks ahead of the vote.

“Across our province people are struggling and they’re tired of division and they are looking for change, and we, we’re the only ones who can deliver that change,” she said.

“Our real power comes from unity.”

Meili announced he would be stepping down as leader earlier this year, triggering the leadership race.

On the last day of the legislative session, he also announced he would be stepping down as the MLA for Saskatoon Meewasin.

Premier Scott Moe congratulated Beck on her win, in a tweet shortly after the results were revealed.

“Congratulations to [Carla Beck] for earning the support of membership and being elected the next leader of the Saskatchewan NDP and the Leader of the Official Opposition,” the premier said in the tweet.

Congratulations to @CarlaBeckSK for earning the support of membership and being elected the next leader of the Saskatchewan NDP and the Leader of the Official Opposition.

Agent: Rushdie off ventilator and talking, day after attack

'The Satanic Verses' author Salman Rushdie was taken off a ventilator and able to talk Saturday, a day after he was stabbed as he prepared to give a lecture in upstate New York.

Arizona parents arrested trying to get in locked-down school

Police arrested three Arizona parents, shocking two of them with stun guns, as they tried to force their way into a school that police locked down Friday after an armed man was seen trying to get on campus, authorities said.

Parent of child with rare form of epilepsy distressed over N.S. ER closures

Kristen Hayes lives close to the hospital in Yarmouth, N.S., but she says that twice in the past month, her son, who has a rare form of epilepsy, has been taken by ambulance to the emergency room there, only to be left waiting.

The Canada Border Services Agency is temporarily allowing fully vaccinated travellers a one-time exemption to not be penalized if they were unaware of the health documents required through ArriveCAN.

Average rent up more than 10% in July from previous year, report says

Average rent in Canada for all properties rose more than 10 per cent year-over-year in July, according to a recent nationwide analysis of listings on Rentals.ca.

The Los Angeles Police Department has ended its investigation into Anne Heche's car accident, when the actor crashed into a Los Angeles home on Aug. 5.

Volunteers armed with smartphones are using a 3D-modelling app to preserve Ukraine's cultural heritage one snap at a time.