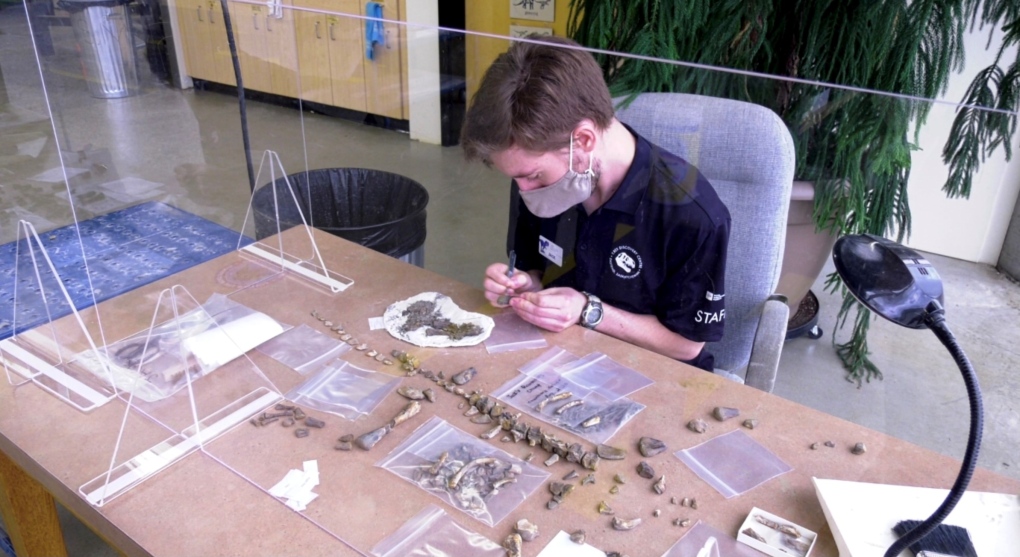 REGINA -- A University of Saskatchewan paleontology student discovered a rare champsosaur skeleton at a dig site near the town of Climax, Sask.

A champsosaur is described as a crocodile-like reptile that lived in swamp-like areas.

Jack Milligan, a summer student at the T. Rex Discovery Centre, says he found the fossils before the COVID-19 pandemic shut down operations.

“There are many skeletal elements found from this individual including all four of the limbs. So we have parts of the humerus, both left and right, both left and right femurs, as well as an almost complete hind foot with toes and ankle bones preserved, and even some tiny toe claws,” Milligan said.

This is the second most complete skeleton ever recovered from the province. Milligan believes it’s about 40 per cent complete. 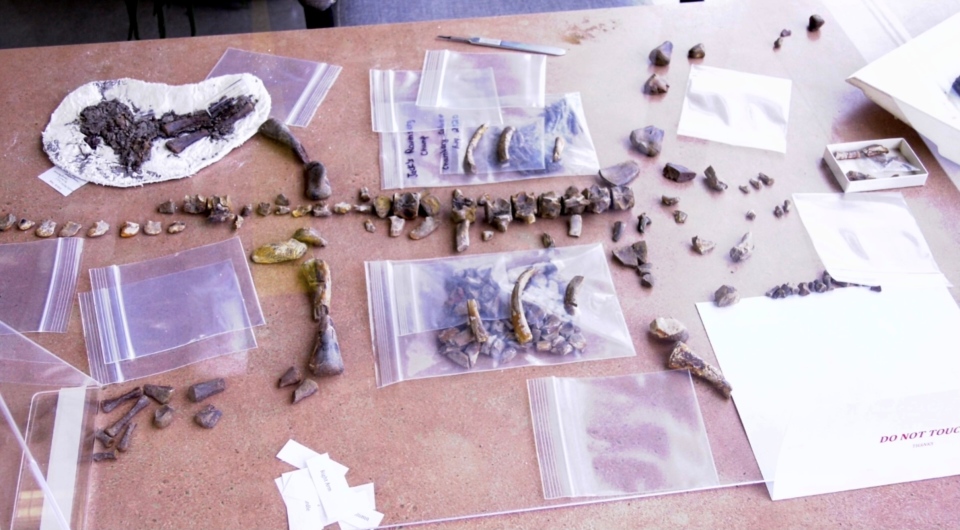 “Skeletons of champsosaurs in Saskatchewan are incredibly rare, so when I first kind of realized when we were out in the field that I was dealing with a skeleton I was kind of freaking out,” he said.

According to Milligan, champsosaurs were one of the few animals that survived the extinction event that wiped out the dinosaurs, making it a fascinating creature that both walked with them and evolving species.

His goal for this year is to get back out to the dig site to find more fossils.

“One of the hopes for field work this summer is going back to the dig site to see if we can find the skull,” Milligan said.

He added that he is happy he chose to study paleontology at the University of Saskatchewan because the province is a hotbed for fossils.

“I feel like Saskatchewan is very understudied when compared to other fossil localities in Canada and the world. It’s only within the last couple of decades that people have started to see that there are some really scientifically significant fossils coming out of Saskatchewan,” Milligan said.

“Some of the stuff here is very unique and can offer some new insights that maybe you wouldn’t have had if you studied fossils elsewhere.”